We commission and conduct research on the interface between the Bible and the public square. This enables us to explore the perception of the Bible in different cultures and to show how the Bible can positively shape our understanding of the world. 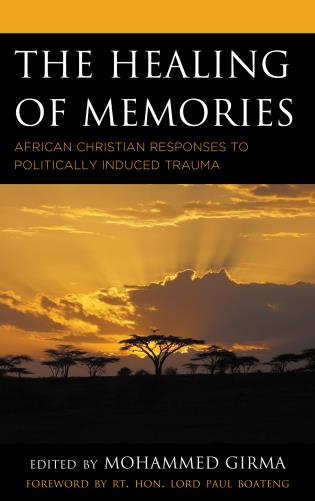 The Healing of Memories

Africa has seen many political crises ranging from violent political ideologies, to meticulous articulated racist governance system, to ethnic clashes resulting in genocide and religious conflicts that have planted the seed of mutual suspicion. The masses impacted by such crises live with the past that has not passed. The Healing of Memories: African Christian Responses to Politically Induced Trauma examines Christian responses to the damaging impact of conflict on the collective memory. Troubled memory is a recipe for another cycle of conflict. While most academic works tend to stress forgiving and forgetting, they did not offer much as to how to deal with the unforgettable past. This book aims to fill this gap by charting an interdisciplinary approach to healing the corrosive memories of painful pasts. Taking a cue from the empirical expositions of post-apartheid South Africa, post-genocide Rwanda, the Congo Wars, and post-Red Terror Ethiopia, this volume brings together coherent healing approaches to deal with traumatic memory.

Christian Citizenship in the Middle East

Christians living in Muslim-majority states face a difficult question - should they retreat from public life, join in culturally while confining their Christian practice or approach the system in a critically engaged way as Christians? These essays use a Christian vision of citizenship to show how the latter is possible. 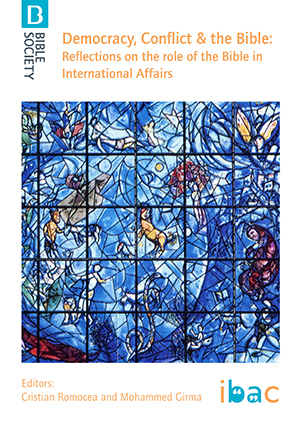 Democracy, Conflict and the Bible

The Bible has often been used as a force for good in the extension of democracy around the world. In both the media and in academia, democracy has been seen as the ultimate political accomplishment, credited for ending repression, realising freedom and achieving global peace. What is not so much discussed however are its origins and how the concept evolved to global prominence. This publication, therefore, aims to fill this gap by highlighting the contribution of the Bible to democracy and peacebuilding, not only by tracing its origin, but also by referring to accounts from recent history. Democracy, on the surface, is not a biblical term or concept you find in the Christian Scriptures. The question, therefore, is: how did the Bible contribute to the birth and development of democracy?

“I thoroughly commend this analysis, which any serious political leader needs to absorb and acknowledge.” Major General Tim Cross, CBE

“A highly informative and sometimes surprising volume that reminds us again that ideas have consequences.” Elizabeth Oldfield, Director of Theos

“This publication makes an important contribution in informing and reminding readers about the Bible’s positive contribution to the conversation between religion and society.” James Catford, Group Chief Executive Bible Society

"As the world stands traumatized and paralyzed by the extremities of violence perpetrated by those who claim to be acting on religious motives, this publication offers an urgently needed reminder that a sacred text can, after all, nourish a powerful inspiration towards justice, reconciliation and peaceableness". Jonathan Chaplin, Director of the Kirby Laing Institute for Christian Ethics, Cambridge.

“This research reminds us that the Bible provides us the opportunity to speak into situations with confidence.” Michael Perreau, Director General, United Bible Societies