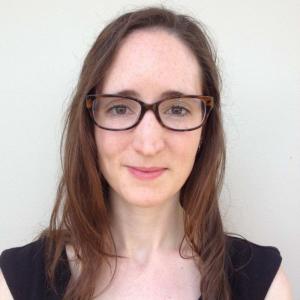 Natasha Moore is a Research Fellow at the Centre for Public Christianity. She has a PhD in English Literature from the University of Cambridge.

CS Lewis wrote in his short book An Experiment in Criticism (1961):

‘Literary experience heals the wound, without undermining the privilege, of individuality … in reading great literature I become a thousand men [and women!] and yet remain myself. … Here, as in worship, in love, in moral action, and in knowledge, I transcend myself; and am never more myself than when I do.’

Lewis is upholding art’s capacity to break us out of the prison of self, however briefly – to show us what the world looks like to other people, which may open us to new ideas of what the world is really like.

This capacity means it can also play a key role in communicating a biblical language and worldview to people otherwise closed to or suspicious of the Bible. But Bible advocacy via the arts is no simple matter of cause and effect, project and outcome.

Bible advocacy via the arts is no simple matter of cause and effect, project and outcome.

Take, for example, Holly Ordway. Ordway was an English professor and a staunch atheist who nevertheless found herself deeply affected by the work, imbued with Scripture, of Christian writers from John Donne and Gerard Manley Hopkins to JRR Tolkien – without being able to place what was so powerful about it. She’s talked about her journey to faith in the book Not God’s Type: An Atheist Academic Lays Down Her Arms. She describes herself as living proof of CS Lewis’s remark that a good atheist can’t be too careful what she reads.

Literature shapes desire. Where arguments – for the value of the Bible, or the reasonableness of faith – may be recognised as valid but fail to move people, engagement with the imagination can go further. Lewis (again) wrote about the genre of the fairy tale:

‘I thought I saw how stories of this kind could steal past a certain inhibition which had paralysed much of my own religion in childhood. Why did one find it so hard to feel as one was told one ought to feel about God or about the sufferings of Christ? I thought the chief reason was that one was told one ought to. An obligation to feel can freeze feelings. … But supposing that by casting all these things into an imaginary world, stripping them of their stained-glass and Sunday school associations, one could make them for the first time appear in their real potency? Could one not thus steal past those watchful dragons? I thought one could.’

Lewis, Tolkien, and the other writers belonging to the now-famous literary circle who called themselves the Inklings abetted one another in their self-appointed mission throughout the middle decades of the twentieth century. That mission was nothing less, in the words of a recent biographer, than ‘to restore Western culture to its religious roots, to unleash the powers of the imagination, to re-enchant the world through Christian faith and pagan beauty’.

When the literary scholar William Empson returned to the UK from a period of travel in Asia in the early 1950s, he was shocked by the resurgence of Christianity among the British intelligentsia – a ‘calamity’ he attributed to the influence of the poet TS Eliot’s conversion and Lewis’s wartime BBC talks and books.

A Lord of the Rings or a Chronicles of Narnia can cultivate longings and an instinct for the truths of the gospel in people who would not yet dream of picking up a Bible.

A Marilynne Robinson – the Pulitzer Prize-winning author of recent novels like Gilead and Lila, whose host of adoring secular readers don’t seem to mind that she writes some of the most theologically-saturated fiction of our time – can get past those watchful dragons, invite people into a different world from the one they inhabit, or think they inhabit.

That mission was nothing less, in the words of a recent biographer, than ‘to restore Western culture to its religious roots, to unleash the powers of the imagination, to re-enchant the world through Christian faith and pagan beauty’.

What the novelist or artist is doing is not formal ‘Bible advocacy’. It can’t be project-planned; its outcomes defy careful measurement. Literature and its effects are somewhat ungovernable (though only by us!) – which helps to explain some of the ambiguity in the Church’s long and complicated relationship with the arts.

Christians, then, should embrace and pursue and encourage an art that is not propagandistic, that is undertaken ‘for its own sake’ (which of course also means for God’s sake, for all truth is his truth and all beauty comes from him).

One of the many unexpected and wonderful things this kind of art can do is to remove barriers to people’s engagement with the Bible and with Christian faith. It can offer people the imaginative experience of being inside the Christian worldview, or some portion of it – and perhaps even discovering that it corresponds more closely to reality than their own does. People lose themselves – their individuality, as Lewis suggests – in a good book; but God willing, they can find themselves there as well.