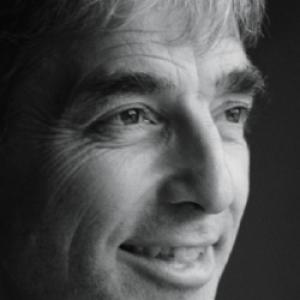 My family has migrated around the world, some going to and then returning from Malta, others migrants from Ireland. My father’s mother’s family were Polish Jews who had fled the pogrom of the Czar in Eastern Poland.

Migration has been an issue for generations, and now is a topic for our family holidays: do we volunteer on a Greek Island or in Calais? When it comes to ‘bringing the Bible to life’, migration being one of life’s big themes, what does the Bible say to our lives today?

Christ spoke prophetically about loving those who we think threaten our community.

There is a surprising variety of material on migration in biblical texts, written in a wide variety of contexts over many generations. Peter and Paul wrote letters to churches of migrants. They were themselves faithful followers of the migrant Messiah: Jesus. Christ spoke prophetically about loving those who we think threaten our community, echoing the prophets before him, who spoke widely on the subject – deeply impacted by differing social contexts. So Jeremiah wrote about deportees from Jerusalem who lived in a multicultural, integrated setting – a context that promoted an open attitude to foreign communities. Ezekiel on the other hand confronts us with the ancient equivalent of a modern refugee camp, and the result is a more insular ideology. Going even further back in the Scriptures we find many stories of the migrants back to the patriarchs - stories as diverse as Abraham and Sarah, Naomi and Ruth, Jacob, Joseph, and Nehemiah.

The legal books even touch on rules. For example, on hosting migrants, Leviticus 19. 33 states: ‘When a stranger sojourns with you in your land, you shall not do them wrong. You shall treat the stranger who sojourns with you as the native among you.’

Recently this biblical theme has been a focus for work in Education, Politics, Media and Film. Dr Brian Howell, Dean of Studies at British and Foreign Bible Society (BFBS), has been working with Dr Casey Strine, Lecturer in Hebrew Bible at the University of Sheffield, to develop a fuller introduction to the subject. The paper, ‘What does the Bible say about Migration’ gives a picture of what the Bible has to say and draws four interesting conclusions we might want to keep in mind as we respond to the needs we see around us and in the news.

First, cultivating a compassionate and empathetic attitude towards migration is the necessary first step to developing a loving response to it.

Reading the Bible can help us have greater appreciation for the challenges that involuntary migrants face. Dr Strine writes:

‘There are many ways these stories correspond to contemporary society. For instance, one can categorize Abraham, Isaac, and Jacob in terms used by the United Nations High Commissioner for Refugees. Abraham begins as a voluntary migrant, but then lives in Egypt as an environmentally induced, externally displaced person. Isaac is born to immigrant parents, and he subsequently becomes an environmentally induced, internally displaced person. Jacob is a third generation migrant, who involuntarily migrates to seek asylum for fear of physical harm. Jacob does eventually repatriate by choice, but he lives out the remainder of his life as an immigrant’.

The ways in which these characters behave is not always as we might hope, but the accounts can help us to relate to the pressures on involuntary migrants.

Second, pursuing compassion and empathy does not imply treating all migrants the same.

The Bible makes distinctions between types of migrants. A Christian response to migration, demands that we recognize and respond to such characteristics, not ignore them.

The third conclusion of Dr Strine’s paper is that the biblical texts concerning migration call on us to adopt a disposition of self-sacrificial love to those outside our own community.

The central figure of Christianity lived as a marginal, mobile person, mixing frequently and openly with so-called outsiders. Some of those outsiders – the Roman centurion and the tax collectors representing Rome, for instance – represented clear and present dangers to the survival of all that Jesus’ own community revered.

Still, no group was more hated by Jesus’ community than the Samaritans. And that led to a very famous story indeed.

Rachel Rounds, Head of Media and Communications at BFBS, recently worked in the city of Reading on a project that achieved national coverage. You can see more about that here.

Fourth and finally, reading the Bible to understand what it says about migration presents us with questions, not a single answer.

Asking questions is what good film makers do best. Good films evoke emotions that provoke response, questions and action. Migration is a theme that has often featured within the short film ideas that have been submitted to The Pitch film competition. They have touched on war, displacement, famine, sex trafficking and yet also hope, drawing inspiration from Genesis to Revelation. In 2009 the first winner Simeon Lumgair was inspired by the story of the slave Onesimus, a migrant on the run from his master. You can see his film ‘Derelict’ here. The book of Ruth has repeatedly inspired short film pitches taking a variety of approaches to update the story.

It’s no surprise that 2015 saw a large number of migrant-based stories. One of the runners up is Hannah Lee, whose story ‘Threads’ (formerly ‘Hajar’) tells of Sarah, a UK border officer who, with her husband Abe, strikes a deal with a Syrian refugee – ‘have a surrogate child for us, and I’ll sort your papers!’

The winner of the 2015 Pitch competition was Vanessa Perdriau with her story ‘The Widow’s Last’. Inspired by the book of Kings and a time of great famine with the prophet Elijah displaced by fear, the story is reset during the last great famine on our doorstep when the English did little to help: the great Irish potato famine.

You can see her pitch here.