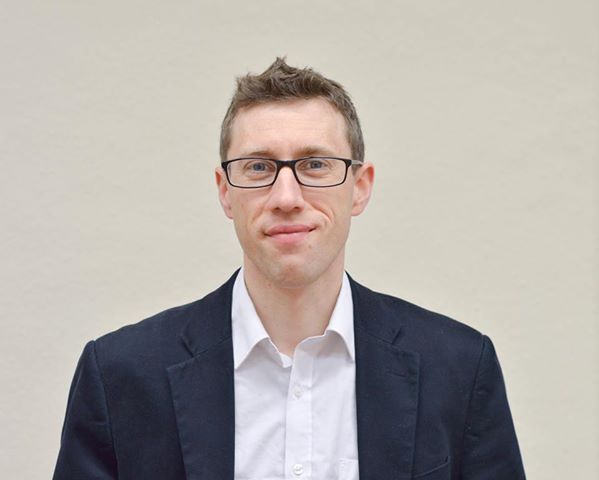 Tim Davy is Research Fellow at Redcliffe College in the UK. He leads the Bible and Mission and Scripture Engagement specialisms of the College's MA in Contemporary Missiology and co-directs the Centre for the Study of Bible and Mission, a joint initiative of Redcliffe and Trinity College Bristol.

Thirty-five years ago the Sci-Fi Classic, Blade Runner, hit our screens and probed the question of what it means to be human. In Blade Runner 2049, Denis Villeneuve’s mesmerising sequel, we are confronted again with the ‘human’ question, albeit in new ways.

Impressive though Villeneuve’s vision may be, Hollywood’s exploration of human nature and identity is, of course, nothing new. For the Church, though, films like Blade Runner 2049 provide us with a ready opportunity to tell a different story about what it means to be human.

The other day, I was teaching on the Bible as a source for missiological reflection on Redcliffe’s MA in Contemporary Missiology programme. We were talking about how the Bible presents a series of encounters between the biblical worldview and the worldviews of neighbouring peoples. And asking what it means to be human is one of those worldview-defining questions.

In the first pages of the Bible we see the writer of Genesis wrestling, among other questions, exactly this issue. In contrast to neighbouring cultures’ origin stories (like those of Babylon and Egypt), the biblical account of creation offers something different – subversive and polemical even. Rather than an afterthought, put on earth to serve the needs of the gods, the biblical story depicts human beings as the completion point of the active part of creation. More than this, we bear the very ‘image of God’ (Gen. 1:26-27).

Scholars differ over what exactly this phrase means. In his latest book, Being Human in God’s World: An Old Testament Theology of Humanity, Prof. Gordon McConville makes a compelling – exciting! – observation about the relational nature of this imaging (pp. 26-27):

Godlikeness is not a status that has been achieved and now merely needs to be enjoyed. Rather, it commits both God and humans to a life together, the story of which will occupy the pages of the Old Testament and the New. It includes the narratives about worship, in which God chooses to dwell among his people Israel and to seek their love and devotion. And it includes those strands of the Old Testament that call the human partner to imitate God in his fundamental orientation toward the world­—that is, in his justice and righteousness, faithfulness, holiness, compassion, and truth.

Being made in God’s image, then, is not a ‘static’ thing to be merely enjoyed or exploited. It is a dynamic to humanity that draws us into life with God and his purposes for creation. It is not merely a sign of our intrinsic worth (though it is that!) but is also a commissioning to take part in God’s mission in the world.

Whatever Blade Runner’s questions and conclusions concerning being human (and I don’t want to give anything away here!), the biblical narrative affords the ‘human question’ the most profound and satisfying answer imaginable. What a remarkable vision of what it means to be human: inherent value, life with our Creator, dignity, purpose, hope. What a tragedy that this relational imaging has been marred by our rebellion. But what a wonderful and glorious thing it is that, in and through Jesus, God is about the work of restoration and reconciliation!

Whether explored by Babylon or Blade Runner, what it means to be human is a fundamental question relevant to everybody and at every time. But when the world is asking it, are we the Church ready with an answer?

This article has been published on Tim's blog on 20 October 2017 and is available here: https://bibleandmission.org.uk/2017/10/20/what-does-it-mean-to-be-human-blade-runner-babylon-and-the-bible/