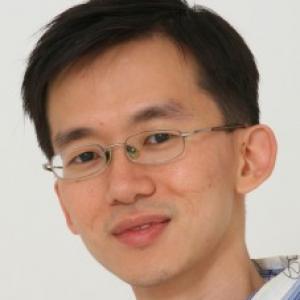 Dr Andrew Loke (PhD, Kings College) is Research Assistant Professor at The University of Hong Kong. He has published articles in leading academic journals such as Religious Studies.

Many Christians today accept macroevolution, but many others reject it. In this article, I shall examine a number of common objections. While I am not fully committed to the theory of evolution, I shall show that there are various ways by which theistic evolutionists can defend the theological acceptability of their case.

Macroevolution refers to the process, involving the mechanisms of genetic variation and natural selection, by which the present diversity of plant and animal life arose from a common ancestor. Thus understood, this process is compatible with the view that God created the universe, fine-tuned its laws, brought about the first life, controlled the mutations of genes which appear to be random and the natural forces such that certain biological traits are selected (perhaps by acting at the quantum level), and (as explained below) specially created the first human in his image. Such a view would imply the possibility of perceiving both the evidences for creation (e.g. intelligent design) and the evidences for macroevolution in biological organisms. Thus, creation and macroevolution are not necessarily mutually exclusive, rather God could have chosen to use the process of macroevolution to bring about various organisms.

Creation and macroevolution are not necessarily mutually exclusive, rather God could have chosen to use the process of macroevolution to bring about various organisms.

Many people think that embracing theistic evolution would mean accepting that we came from monkeys, which is objectionable. Aside from pointing out the scientific misconception — evolutionary theory does not say human bodies evolved from monkeys, but from common ancestors of apes and humans — this objection seems to assume that our physical bodies are all that ‘we’ are, which is false. Theistic evolutionists can say that only the physical aspect of humanity came from the common ancestor. The spiritual aspect, however, was directly created by God (this is one way to understand the phrase ‘breathed into his nostrils the breath of life’ in Genesis 2.7). Given that God is a spiritual being (John 4.24), the image of God in humanity should not be understood as asserting that our physical body is similar to God. Rather, it should be referring to our spiritual aspect. Based on scriptural passages such as Genesis 1.26-8, 2 Corinthians 4.4 and Romans 8.29, the properties of (i) having the potential for a unique kind of dominion that could extend to the whole world and over all kinds of creatures, (ii) having the potential for a sense of responsibility for this kind of dominion, and (iii) having the potential to be made to become conformed to Christ would be some of the properties that differentiate humanity from animals which do not have the image of God. It could be the case that these properties were directly and specially created by God on a pre-existing physical body of the hominid species, resulting in a new, originally sinless person (Adam), who would be the first ‘human being’. In this way, human uniqueness compared to animals is affirmed, and whether the physical aspect came via macroevolution or not is of no theological importance. Other scholars have argued that passages such as ‘according to their kinds’ (Genesis 1.11, 20) and Genesis 2.7 can be shown to be consistent with macroevolution.

Despite the destructions and sufferings, God still brought about many kinds of beautiful and amazing creatures.

Many people are troubled by the existence of animal suffering prior to Adam’s disobedience on the theistic-evolutionary view.  In reply, this is not a problem for the theistic-evolutionary view only. It is also a problem for Old Earth progressive creationists (e.g. Hugh Ross) who reject macroevolution. Ross argues that God allows pre-human suffering to occur for his good purposes, and theistic evolutionists can argue similarly. For example, Ross thinks that carnivores are created prior to Adam’s disobedience and argues that ‘carnivores appear to be optimally designed to maximally benefit the health and population levels of the herbivores they prey upon by selectively weeding out the sick and the dying. In fact, carnivores appear to be optimally designed to benefit all life-forms, including human beings.’ In response to whether Genesis 1.30 implies that all animals were vegetarians prior to Adam’s disobedience, it can be replied that Genesis 1.30 may be referring only to creatures in the Garden of Eden rather than creatures on the entire earth. Likewise, the cursing of the ground by God because of Adam’s sin (Genesis 3) can be understood in functional terms, i.e. the ground was cursed with respect to Adam. In other words, after his creation Adam was placed in a divinely protected environment (Eden) which occupied a limited geographical area on earth, and after he sinned the ground on which he lived was cursed in the sense that it no longer had that divine protection Theistic evolutionists might also point out that Genesis 1-3 is not intended to be a complete record of everything about creation. For example, why was the earth formless and void near the beginning of chapter 1 (Genesis 1.2)? And why was the snake evil? The text of Genesis 1-3 itself does not answer these questions. It is in other scriptural texts (e.g. Revelation 12.9) in which the snake is identified as Satan and the angelic disobedience mentioned (Jude 1.6; 2 Peter 2.4). Genesis 1.2 hints that something was not right prior to the creation of humans. Other scriptural passages indicate that there have been cosmic battles going on between good and evil angels which can affect the history of the world (e.g. Daniel 10.13), and that Satan is capable of inflicting suffering on God’s creatures (Job 1). While Young Earth creationists regard animal suffering as a result of human sin, theistic evolutionists can likewise regard animal suffering prior to humans as the result of angelic sin. It is noteworthy that Adam and angels are both called ‘son of God’ in the Scripture (Luke 3.38, Job 38.6-7), indicating their special relationships to God. The objection ‘why would God create so many amazing creatures such as dinosaurs and allow them to go extinct before humans could appreciate them?’ neglects the possibility (suggested by the Bible) that parts of creation might have been created for the appreciation by angels; cf. the angels’ shouting for joy at God’s creation in Job 38.6-7. Disobedient angels, however, would be motivated to destroy God’s work rather than appreciate them. On the basis of these scriptural hints, theistic evolutionists might suggest the possibility that certain blundering mutations were caused by the destructive work of Satan, and that God might have chosen to use an evolutionary process to create — during which he also worked out his purposes for other creatures such as angelic beings — so as to demonstrate that he is able to bring good out of suffering (cf. Romans 8.28). That is, despite the destructions and sufferings, God still brought about many kinds of beautiful and amazing creatures; from this perspective, God saw that it was good (Genesis 1.25).

Some might ask ‘If God created humans to take care of the earth, why create humans after the earth had existed for such a long time?’ In reply, this question is based on fallacious assumptions. God did not need a gardener to help him take care of the earth; God could have done it himself if he wanted, or he could have assigned angels to do it. God assigned humans certain roles (Genesis 1.28; 2.15) not because God needed humans to serve him (Acts 17.25); rather this assignment should be understood as an act of grace that allow humans to express their gratitude, love and worship to him.

While the Bible does not say that the Creator used an evolutionary process to create various living organisms, the Bible also does not say that he did not use an evolutionary process. Hence we must remain open to various possibilities, be charitable to Christians who might want to accept macroevolution, and not let this issue be an unnecessary obstacle to Christian unity nor to seekers coming to Jesus.