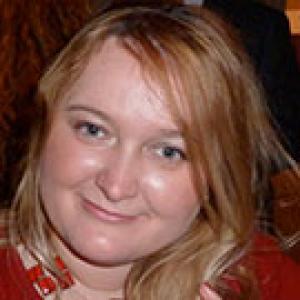 Joanna Williamson is a founder of One Rock International – a ministry of mentoring and equipping leaders to fulfil God’s vision for their lives. She is the author of two biographies, one on Hudson Taylor and the other on Amy Carmichael. She is passionate about the Bible, spiritual formation and helping people to reflect theologically.

“God created a human being because he liked a good story.” So goes a Jewish proverb.

From the beginning of the world God has been a great storyteller. Stories of Abraham, Moses, Joseph, Job continue to inspire and challenge. Biblical stories have been our most effective moral teachers.

Stories draw us in, they invite us and then subversively when we are least aware of it, they shape us.

I never used to read biographies. I thought to myself: I have my own life to live, why bother with stories of others? God set me free from this narrow view that presumed that I could be a self-made person without the company of others. The realization that we are surrounded by a great cloud of witnesses helped me to look with new eyes on the familiar stories in the Bible, and they have in turn became a source of ongoing encouragement in my life and ministry of equipping and mentoring leaders.  Leadership training programs often aim at releasing people to change the world, to make an impact… why then not learn from whose who have been used by Him to do just this?

The One Rock ministry is formed and inspired by the great cloud of witness: Moses, Elijah, Jeremiah, but also Hudson Taylor, Amy Carmichael, William Wilberforce, John Wesley and others.

The stories of these individuals teach us the importance of living well in the midst of difficulties, of going forward on our knees, of learning from failure, of not being ashamed of our tears and of coming to terms with despair.

These stories inspire and encourage, but more then that, they make us think about the meaning of life, the consequences of our choices, the nature of calling. They also touch one of the most painful aspects of leadership, that of loneliness. These stories reach out through the ages to us to welcome us to the community of faith. They offer mentoring and perspective. There is a gap between what we believe, what we have been told is possible and our daily life. We become discouraged and even lose hope. To many, it seems that a life fully consecrated to Jesus is not only very difficult, it is sometimes even impossible. These stories bridge the gap, they testify to the possibility of living in an ongoing communion with Jesus.

We believe that the Bible invites us not so much to analyze it or write essays on it, but in the words of a famous Latin American theologian to ‘indwell it’. The Bible should not be experienced from ‘the outside’, it invites us to participate in the story, or rather a mosaic of stories of ordinary men and women of God who lived out their faith in very hostile and complex circumstances. By getting to know who they were we realize who we are. Agreeing with Leslie Newbigin we can say that “as we face new opportunities and new dangers, we are the people who know what it is to cross the Red Sea on dry land, to be fed with manna in the wilderness, to return with singing from Babylon, to stand before the cross, and to meet the risen Lord in the breaking of bread.”

So much of the study of the Bible has focused on distilling doctrines from its text rather then issuing an invitation to enter its stories.

Maybe the problem is that when we hear the word ‘story’ we think it to be tame, irrelevant and made up, for have we all been told stories when we were children used for the purpose of calming us down or putting us to sleep. We take these childhood memories of storytelling with us when we read the Bible. But biblical stories have a hidden power in them, they testify to the work of God in the hearts of people, and His ability to use us for His glory.

As someone said we live in a world defined by attempts to live in a universal story without a universal storyteller. The postmodern mind loves a good story. The recent films about biblical characters such as Moses and Noah prove it, but these stories only make sense in the context of an overarching story. Reading the lives of men and women of God should always leave us thinking of Him who is the author and perfecter of our faith.

As I study the lives of great men and women of God and teach them to others, I realize that they have all been influenced by the most beautiful story ever told, that of Jesus. These leaders knew their life and ministry was not detached and random. They understood that they have a role to play in the ongoing story of His redemptive plan, to bring the Kingdom of God here on earth. Their story was written within His Story. Some view the Bible “an unsorted edition of Daily Light. They think it really ought to be arranged into neat little devotional chunks, but it happens to have got all muddled up” says NT Wright. Yes, the Bible is a collection of different genres: proverbs, law, psalms, and epistles, but these only make sense when placed in the context of the overarching story, the story of creation and redemption, death and resurrection.

The deep places in our lives are reached only by stories, by images, metaphors and phrases that line out the world differently.

As we seek to bring about real change in the young leaders of today we must remember that “We are not changed by new rules. The deep places in our lives – places of resistance and embrace – are not ultimately reached by instruction. Those places of resistance and embrace are reached only by stories, by images, metaphors and phrases that line out the world differently, apart from our fear and hurt.” (Walter Brueggemann, Finally Comes The Poet: Daring Speak For Proclamation, (p.109))

So, go and read yourself into a story.