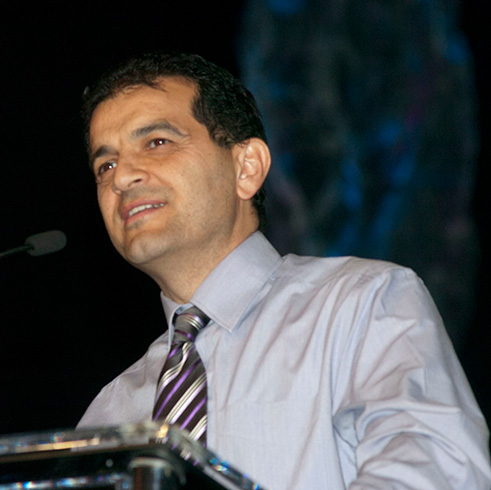 Labib Madanat is Coordinator for the Bible Lands Bible Societies

This frenzy of defensiveness for the Quran and Islam is unprecedented within the Arab Muslim world. It is an internal religious matter in one way, but in fact, it is much more public and crosses the line of one religion or ethnicity. This is because ramifications are affecting non-Muslims as well as Muslims. The discourse is interesting and even amusing. It focuses on good and bad interpretations of the Quran and Hadith and on issues of contextualization. In the past this was predominantly the prerogative of the religious wise men (Fuqaha) and the muftis who decide on issues of dispute or ambiguity. Now, there are many conflicting opinions coming from the wise, and mainstream media exacerbate the differences and the heat of discussion because of complications of religious discourse being subservient to political interests. Indeed the Hadith is coming under much more critique than the Quranic text but the latter is not fully exempt from this public debate. The rise of voices of secularized Muslim intellectuals is also widely noticed.

For us, as Christians, to work with our Muslim neighbours on how to handle our religious dilemmas is an act of citizenship as well as Christian love.

Christian citizens of the Arab world in particular have two choices. One, they can look and smile or can use this to further attack, accuse, or even mock. Another way is to work with Muslim neighbours on how to open up internally for debate and critically look at even of sacred texts; and to see how this leads to a healthier society and a more authentic adherence to one’s faith. For us, as Christians, to work with our Muslim neighbours on how to handle our religious dilemmas is an act of citizenship as well as Christian love. The other side of such responsibility is to take courage and bring the Bible to this arena of public discourse and accept its vulnerabilities, and hopefully show that Bible is for society not for the minority.

We look for ways of dialoguing with our religious neighbours so they can see our book as theirs too.

It is an internal struggle, I confess. The natural tendency is to sit back and enjoy this new Islamic dilemma as it puts them on the defensive. The atrocity of ISIS has made Islam more vulnerable and it takes time to clean this mess. The Islamic claim of piety and righteousness has been put to test.  It painted Islam as a religion which caused pain, discrimination and persecution. Such pain is especially personal to Arab Christians as they feel their culture is stolen and they were pushed to the margins of the society. But is this what Christ called us to do? Is this our calling to engage in religious rows? I do not think we should fall into this trap but have our fight for people and not against them.

Choosing the citizen path for Bible advocacy means I will employ all resources of power available to me, for the good of all who are oppressed and violated.

Consider you have two choices in such a situation. The first choice is gaining the West’s sympathy with the plight of Christians in countries of hardship such as Syria, Iraq, Libya etc. The second one is living the credibility of citizenship through caring for the public good and human rights, and standing against all forms of violation of this sacred gift of God called life. What should be our choice? Some would tell me ‘why not both?’! My experience tells me it is extremely difficult to hold both because each requires a different mindset: citizen or minority. Choosing the citizen path for Bible advocacy means I will employ all resources of power available to me, for the good of all who are oppressed and violated. This form of Bible advocacy can make the public realise that the Bible could be for their good and hopefully take it seriously and open closed doors (or minds) in front of its life-giving message.