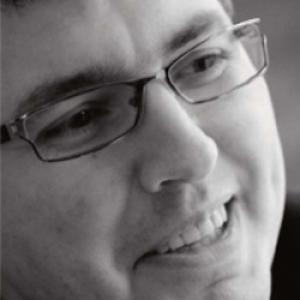 Cristian Romocea is a Senior Bible Advocate and Head of IBAC at British and Foreign Bible Society. Cristian has a background in public theology and international relations.

'I did not expect so much interest,' said Mr Branislav Skripek, the Slovak Member of the European Parliament (MEP) who hosted the launch event for a Bible Exhibition developed by IBAC, entitled The Global Impact of the Bible.

I am very pleased that MEPs, their assistants, journalists and workers in the European Parliament took home free copies of the Bibles in different languages we distributed.

Mr Skripek, who was a lay preacher for many years in native Slovakia, continues to spread the Good News as part of his work in the European Parliament. He meets regularly with colleagues for Prayer Breakfasts where they intercede for EU institutions and policies.

The exhibition was hosted by members of two significant political party groups, the European Conservatives and Reformist Group (ECR), alongside the European People’s Party Group (EPP). The exhibition, consisting of six large display panels and interactive tools tracing the worldwide influence of the Bible in art, language, medicine, education, politics and law, was installed on the third floor of the European Parliament building, alongside television studios, diners and a meeting place for politicians, activists, journalists and visitors alike.

Mr Leo van Doesburg, the director of European Affairs for the European Christian Political Movement (ECPM) spoke at the launch of the exhibition which was on display from Monday the 7th until Friday the 11th of December. He quoted the Scriptures from 2 Chronicles 4.17 which says: '[I]f my people who are called by my name humble themselves, and pray and seek my face and turn from their wicked ways, then I will hear from heaven and will forgive their sin and heal their land.' (ESV) 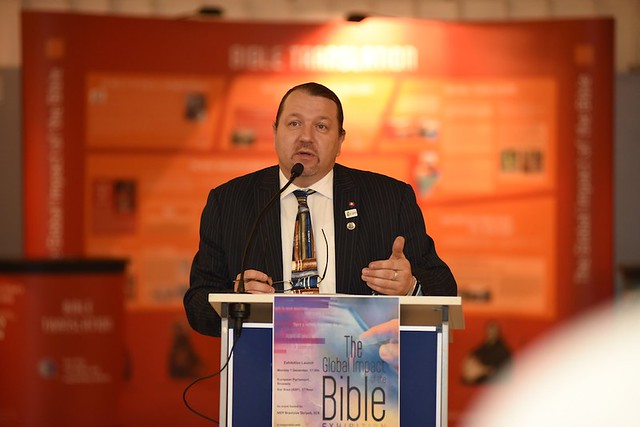