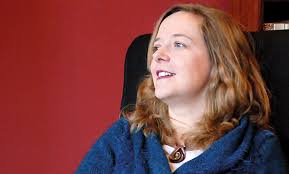 The goal of all good students of the Bible is a careful and thoughtful exegesis of the text.  Conversely our greatest fear is that in aiming for exegesis we will arrive at something much closer to eisegesis.  In other words, rather than unpacking what the text really says we read into the text our own presuppositions or biases, so that we make the Bible say what we want it to say, rather than what it does say.

rather than unpacking what the text really says we read into the text our own presuppositions or biases, so that we make the Bible say what we want it to say, rather than what it does say.

You might think, therefore, that the ‘world of the reader’ would be the very last subject that a serious student of the Bible would want to pay attention to.  If we want to avoid the dangers of eisegesis surely we should not think about the world of the reader?  Wouldn’t we be better, instead, to concentrate on the world of author of the text and by doing so to stay away from all hints that we have read our own concerns into the text?

The reality is that the opposite is the case.  Most occasions of eisegesis are entirely subconscious.  Indeed it is much easier to identify eisegesis in someone else’s work than in your own.  This is because the lens through which we read the Bible is so familiar to us that we rarely even notice that it is there.  A fascinating example of this cultural shaping of the way in which we read texts can be found in second chapter of Mark Alan Powell’s What Do They Hear?: Bridging the Gap Between Pulpit and Pew (Abingdon Press, 2007).  Here Powell reports how read the well-known and well-loved parable of the Prodigal Son with three different cultural audiences: an American audience, a Russian audience and a Tanzanian audience.

the lens through which we read the Bible is so familiar to us that we rarely even notice that it is there.

As he worked with these three groups he noticed a striking difference between their interpretations of the text.  When he asked the American audience to reflect on why it was that Prodigal Son became so poor, the vast majority of them argued that it was because the Son squandered his own resources.  Only 6% of them noted that there was a famine in the land.  When he asked the same question of the Russian audience far more of them (84%) noted the famine while only 34% attributed his poverty to him squandering his wealth.  Among the Tanzanian audience the reason given was different again.  80% of them attributed his poverty to no-one helping him.  They argued that he was in a strange country where it is easy to lose your money and someone should have looked after him.  These readings of the story are really quite different from each other and change the heart of the narrative, from a story of personal sin to a story about the effect of natural disaster on the life of a person or the catastrophic effects on people of an uncaring society.

In this instance the cultural experiences and expectations of the readers involved, shaped their engagement with the story and changed how they heard it and interpreted it.  In a sense all of them were right.  The story does say that the son squandered his father’s money; it does say that there was a famine in the land and it does imply that no one helped him. No one of these interpretations is better or worse than the others but it is very clear that in each case the world of the reader, its cultural experiences and expectations, really has shaped the way in which the text is read.

What this suggests is that we would do well regularly to try and read the Bible with people whose cultural background – and hence lens through which they read the text – is different from our own.  As we do so – and as we become more practiced in hearing the different perspective that other people bring – then the ways in which our own cultural lens causes us to view and read the Bible will become clearer.  If it is impractical to read the Bible with people from other cultures then we need to find the way of becoming alert to the issues that we bring to the text in other ways.  Constantly asking whether there might be other ways of viewing the text that we have missed; whether our interpretation is over heavily influenced by our own world and the way in which we live in it and attempting to see it again with fresh eyes.

we would do well regularly to try and read the Bible with people whose cultural background – and hence lens through which they read the text – is different from our own.

On one level there is nothing wrong with viewing the Bible from our own world and cultural perspective – how could we do otherwise? – problems arise when we forget that this is what we are doing and assume that are own concerns, expectations and experiences are all that there are.