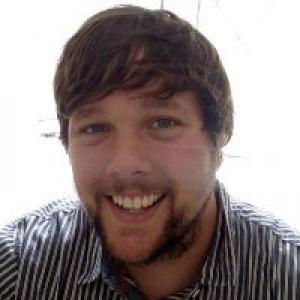 Matt Valler is Director of The Alchemy Project, Ambassador for Youth with the United Bible Societies and Chair of Soulscape

I’m in a taxi on the backstreets of Western Nairobi. My driver is young – old enough to drive, but not by much! He taps away on his smartphone, while hip-hop music plays in the background. He pulls a pair of fashionable sunglasses from the neckline of his t-shirt to block out the glare. If it wasn’t for the scenery (and the weather) I could have been in London.

My taxi-driving friend is part of a very fast-growing demographic: globalised, middle-class youth living in emerging urban centres. The same story is true from Delhi to Dakar, Shanghai to Santiago. Young people are living – and creating – a moment of profound cultural hybridity. In Nairobi these young people are sort of Kenyan, but not quite; sort of Western, but not quite. They are something altogether new. And that something new is changing our world beyond recognition.

Young people are living – and creating – a moment of profound cultural hybridity.

We can trace this quite clearly to the impact of four global megatrends.

People are moving to cities. In 2008 the world finally shifted from being a global village to a global city as the population in urban areas passed 50%. This has significant cultural consequences. Cities are more diverse and different views crash into each other. As a result, cities tend to be more open to difference and to change.

2 The rapid rise of the middle class

At a macro level, globalisation has brought profound economic benefits to the poorest people of the world. In just the next 15 years the proportion of the world’s population defined as ‘middle income’ by the UN will double from 30% to 60% (although most of this change is concentrated in India).

3 The rapid decrease in the cost of smart technology

In 2013, global smartphone market penetration overtook the PC, despite only having been in the market for 7 years. The speed at which the cost of owning a smartphone is falling means that internet – particularly video – experience on a mobile device is now increasingly common.

4 The rapid increase in access to high-speed mobile internet

In the 3 years between 2010–2013 alone mobile internet access almost doubled in Africa. The impact of high-speed internet access is that video streaming becomes possible, transmitting the cultural forms of other places – particularly Western cultures – and not just the content (as in a written blog for example). The impact of mobile internet is that the internet is not somewhere you ‘go’, it is a world you inhabit, literally in your pocket and at the end of your arm, like a co-extension of your being.

These trends have enabled each other, and the collective effect is cultural hybridisation. The internet creates similar effects to cities. People encounter ideas, cultures and people very different from themselves and as a result they create new hybrid ways of life. Of course, humans have been encountering other cultures and creating new ones throughout history. But the pace of change and the rate of hybridisation is unparalleled – by a factor impossible to calculate, but utterly seismic in its effects.

Humans have been encountering other cultures and creating new ones throughout history. But the pace of change and the rate of hybridisation is unparalleled.

Despite the very different ways that different cultures have changed as a result of internet access, there is one common thread that can be seen everywhere. There has been a paradigmatic change in the fundamental way that people understand and encounter the world. We can describe this shift as a move from a Paradigm of Authority to a Paradigm of Participation.

It’s important to understand what this means and what this does not mean. Firstly, participation is not the opposite of authority. It is not a move to a paradigm of anti-authority. Much of the Western youth culture of the 1960s and 70s was in this vein, but we have largely moved on.

Instead, a Paradigm of Participation is not particularly interested in authority. It only gets interested when an authority inhibits participation. The default assumption in emerging youth culture is that we should have the freedom to participate, to shape the future, to have our voices heard and to define our own identity.

Of course this is neither a simplistic, nor one-size-fits-all shift. Young people in Kenya still play their part in traditional family rituals and social structures, in which authority is vital, and very clearly outlined. And a Paradigm of Participation is less disruptive in less-authoritarian Latino cultures when compared to East Asian Confucian cultures. But whether bursting out in dramatic cultural gestures, or simmering away in hidden desire, the Paradigm of Participation has burrowed into the psyche of globalised culture and is growing stronger every day.

So how has this globalised culture affected Bible engagement and what are the implications for Bible advocacy?

There is a lazy analysis popular in many Bible-focussed organisations that internet access – the digital age – means we need to invest in digital products to engage a new generation. While this is true at basic level, it misses the real point about the digital age. It is a technological change, but its effects are primarily cultural. The disruptive change in form has precipitated a disruptive change in the way people make meaning.

When Bible-focussed organisations have used digital tools in an attempt to engage digital ‘natives’ we have, generally speaking, simply translated our previous approach to the Bible onto a digital platform.

Yet when Bible-focussed organisations have used digital tools in an attempt to engage digital ‘natives’ we have, generally speaking, simply translated our previous approach to the Bible onto a digital platform. This is not just a critique of those who take their printed materials and make them available in digital formats – many organisations have created much more engaging, sophisticated digital tools than that. But since most Bible engagement comes from a Paradigm of Authority – taking the Bible’s authority as the fundamental principle of engagement – those innovative tools are not enough to respond to the different approach to making meaning with the text itself required by globalised cultures.

Since most Bible engagement comes from a Paradigm of Authority, those innovative tools are not enough to respond to the different approach to making meaning with the text itself required by globalised cultures.

Another way of putting this is that we have been ok at connecting with those people who use understand the role and meaning of the Bible the same way we have traditionally done. But among the youth cultures of emerging urban centres the numbers who will not accept the Bible on those terms are growing in every region of the world, and that is where the challenge – the fundamental advocacy challenge – of our new globalised context lies.

The question, then, is do we have what it takes to imagine the Bible in the terms of a Paradigm of Participation, and what happens to our integrity, our theology and our donor base if we start to advocate for that?