Our website uses cookies to improve your online experience. Accept | Find out more
Planting hope in the wilderness: Reflections on Asian journeys’ Green Desert project
< Back 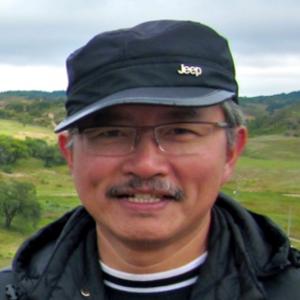 Lawrence Ko is the Director of Singapore Centre for Global Missions and the author of Can Desert be Green?

In 2002, I started Asian Journeys Ltd as a social enterprise to address urbanization and environmental projects in Asia, having glimpsed the twin challenges in these two critical areas.  It represented a Christian response to the environmental challenge in Asia. Environmental projects were begun both in the cities as well as in the rural areas, focusing on river conservation and tree-planting efforts.  Projects were started in Singapore and Shanghai, working with universities and youth organisations in both cities.

By the autumn of 2002, desertification was identified as one of the key issues which needed response integrating the crises of arid lands and need for reforestation.  Research and resources related to desertification provided a link for Singapore to be engaged in a global and regional climate change issue where we can be exposed to this major challenge and respond through participating in tree-planting efforts.

Desertification is the degradation of land in arid, semi-arid, and dry sub-humid areas. It is a gradual process of the loss of soil productivity and the thinning out of the vegetative cover resulting from human activities and climatic variations such as prolonged droughts and floods. What is alarming is that the land's topsoil, which takes centuries to build up, can, if mistreated, be blown and washed away in a few seasons. Among human causal factors are overcultivation, overgrazing, deforestation and poor irrigation practices. Such overexploitation is generally caused by economic and social pressure, ignorance, war and drought.

The desert is a picture of wastelands, a place where despair reigns.   However, in the desert, life amidst the arid and dry lands could be transformed. Prophets and priests emerged from the desert as would poets and philosophers.

The challenges of desertification in Asia nearest to Singapore was the degradation of grassland in Northern China and Mongolia. Each year for the last few years, the winds of March or April bring the desert to Beijing. No ordinary storms, these sun-darkening blasts shift and deposit millions of tons of sand across the city, into Tianjin and onwards, over the water to the Korean Peninsula and Japan.

By the autumn of 2002, Asian Journeys Ltd was invited to participate in the greening of the desert by the mayor of Duolun county in Inner Mongolia. We decided to adopt this project in Duolun as the presence of abundant water resources and the evidence of political will among the leadership in this county affirmed in us the sustainability of the project. We need natural and human resources to plant trees in the desert but more importantly, a steely resolve with realistic resources to make things happen.

What was the spiritual motivation for Asian Journeys’ Green Desert Project?

Firstly, images of desert are vivid and can be inspiring. A number of biblical images sprang to mind.  The desert is a picture of wastelands, a place where despair reigns.  Those who are desperate could be driven to flee to the desert.  However in the desert, life amidst the arid and dry lands could be transformed. Prophets and priests emerged from the desert as would poets and philosophers. Christ himself spent days in the desert as would the spiritual fathers later on, being tested and tried by the temptations of the Devil and emerging triumphant as they saw through the lure and lusts of the world as temporal illusions against the light of the eternal.

Secondly, the prophet Isaiah inspired the project with his prophetic encouragement from Isaiah 43.18-19 that God as Creator will sustain his creatures and transform wastelands:

Forget the former things; do not dwell on the past.

See, I am doing a new thing!

Now it springs up; Do you not perceive it?

I am making a way in the desert and streams in the wasteland.

The Christian response to the ecological and environmental crisis thus stems most importantly from the biblical basis that God is the Creator, Sustainer and Redeemer of the whole universe, including the heavens and the earth.  God created the universe and declared that the creation is good, with humanity as the crown of his creation, made in the image of God.  Human beings were created with creative and rational faculties and assigned by God to have dominion over God’s creation. It means humanity have been given the responsibility to care for the earth, multiply the resources of the earth and maximise the earth’s potential.  As commissioned by God, we as humanity have the relationship and responsibility of caring for God’s creation. Simply put, we care for creation because God cares.

The Christian response to the ecological and environmental crisis thus stems most importantly from the biblical basis that God is the Creator, Sustainer and Redeemer of the whole universe, including the heavens and the earth.

Hence, the Green Desert project combines within it the call for stewardship of God’s creation and the redemption of the wastelands both environmentally and spiritually, and paints a vision of planting hope in the wilderness, a vision of renewal and restoration of life in the most difficult places.

This vision of redemption and restoration is found in Jesus Christ, the Redeemer revealed and in the Church, the community of faith which embraces and embodies this hope of redemption. As such the believers must participate in the renewal of the earth as a response to the cry of wounded creation and thus signal the presence of transcendence and hope in God, who does not give up on dying peoples and dried up lands. Christ’s redemptive work on the cross brought about redemption not only for humanity but also the whole of creation, with the resurrection of Christ promising the Christian hope of redeeming not only humanity but also restoring all of creation.

Believers must participate in the renewal of the earth as a response to the cry of wounded creation and thus signal the presence of transcendence and hope in God.

And what threatens the survival of humanity and the earth are not imaginative, but concrete: global toxification, atmospheric contamination, cultural subversion, land exploitation, species extinction, soil destruction, waste management, modern science and technology, the myth of unlimited economic growth, over-consumption and population growth. The task to effectively deal with them is dauntingly hard and insurmountable. And human beings “formed of dust from the ground” are in desperate need of something no less than that of a “heavenly mission” for inspiration and perseverance to take on the task. (A) biblical hope for the redemption of the creation is a solid basis for ecological concerns and commitment.