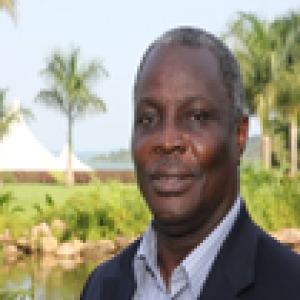 One leader in Africa has stated that his country is not poor and that the challenges that are evidenced in the underdevelopment of the nation can be traced to leadership – or rather the lack of it.

He was emphatic that poverty in that country had nothing to do with natural resources. One cannot agree more with this statement.

What I find more disturbing has to do with the Church in Africa. Needless to say, the African Church is one of the fastest growing Churches in the world, and it is expected that with the shift of the centre of gravity of Christendom from the north to the south the Church in Africa has a big role to play in taking the gospel of Jesus Christ forward into other parts of the world. However, as has been stated elsewhere the Church in Africa is a mile long and an inch deep. This has been attributed to the fact that even though thousands are coming to Christ by the day and new churches spring up every week in many countries, with many cinemas in some cities being turned into churches the quality of leadership and level of discipleship do not produce the right calibre of leaders that should impact Africa for development and growth both in the church and the nation.

One other serious implication of this phenomenon is that if Africa is to be the flagship for the advancement of the Kingdom of God then one cannot expect great results. This is due to the dearth of leadership at various levels of church life and unless the situation is urgently rectified we face a gloomy future for the Church both in Africa and on the global plane.

Considering the issue of leadership in political and other spheres of life in Africa, including the family and youth, the situation looks even grimmer. In the first place, leadership in the African culture whether in the south, east or west, is far from what would qualify for biblical leadership as taught and exemplified by our Lord Jesus Christ. The African traditional ruler in many cultures is a most powerful ruler owns most of the landed property under his jurisdiction, in some cases can have as many wives as he chooses and he is the ‘boss’ ’Oga’ or ’patron’ of the town or city where he rules. This was the context in which Africa found itself until the coming of the ‘colonial masters’. The agenda of ‘colonial masters’ did not help the situation and gave a very unfortunate picture of what the character of leader should look like. The colonial master was seen to be superior and wealthy, and with the exit of colonial rule no biblical example of leadership was left for the indigenous people.

As has been stated elsewhere, the Church in Africa is a mile long and an inch deep.

The situation was further complicated at independence. Even though the colonial masters surrendered their political power, they maintained the economic controls. Over two decades ago, there was a forum held on African leadership where a number of challenges confronting leadership in Africa came to the fore.

It became evident that political power was seen as an end in itself, rather than as a means for serving the people and producing tangible results in development and nation building. The high ideals of serving the people and nation building remain largely the subject of polemics and rhetoric. The African leader was often seen not as a representative of the nation as a whole but as a member of a political party and ethnic group or a family.

It became apparent that most African leaders came into leadership positions with limited experience. Against this backdrop of leadership, challenges that have had to be dealt with include nepotism, tribalism (evidenced in the recent voting pattern in Nigeria), wars and corruption. Viewed against the background of the Jesus style of leadership as clearly propagated in Mark 10.45 and Luke 22.24-27, it is clear that leadership in Africa is far what the Lord taught.

In sum, from the above it is clear that if Africa is to make a headway on the political front or from the angle of the Church, there is the need for much sensitization, teaching, training and discipleship in the onward path to transformational leadership in family, Church and state and for this the Bible is the basic tool for development.

The colonial master was seen to be superior and wealthy, and with the exit of colonial rule no biblical example of leadership was left for the indigenous people.

One cannot conclude this piece without reference to the place of the youth in church and nation building. Over 65% of Africa’s population is below 30 years. Any talk of development and leadership would be incomplete without reference to the youth and the family. There is therefore the need to come up with a plan for child upbringing and youth development. As one leader has said, ‘the state is the worst parent’ and this calls for the involvement of biological parents in leadership development.