Our website uses cookies to improve your online experience. Accept | Find out more
Jesus teaches us to love even Donald Trump
< Back 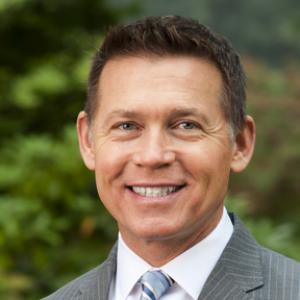 Tom Krattenmaker, a member of USA TODAY’s Board of Contributors, is communications director at Yale Divinity School and author of the forthcoming book Confessions of a Secular Jesus Follower

But does the daunting concept really apply to our hostile politics today? Can Democrats love conservatives? Is it possible for Hillary Clinton supporters to – gasp – love Donald Trump? Can Trump be loved even by Republicans who are convinced he is destroying their party?

As a staff member at Yale Divinity School and as a secular person who has been unpacking the central teachings of Jesus for an upcoming book, I have come to see ways in which this principle can be applied today. Even to the inveterate commandment-breaker and bad-behaviour-modeller Donald Trump.

It helps if we get clear about the meaning of ‘love’ in the biblical context. John J. Collins, a prolific Yale scholar who teaches a popular class on biblical values and their application to public issues today, reminds me that the word conveys something quite different from what comes to mind for most of us.

This biblical love, Collins points out, is not a surge of affection or a romantic attraction to someone (feelings, not incidentally, that can change and fade). Rather, it can be thought of as a commitment to and regard for our fellow human beings – even those not like us and not on our side, politically or culturally speaking – and refusing to reduce them to their worst ideas and behaviour.

Biblical love is not a surge of affection or a romantic attraction to someone. Rather, it can be thought of as a commitment to and regard for our fellow human beings and refusing to reduce them to their worst ideas and behaviour.

Does ‘loving’ one’s political rivals mean ceding elections to them, or abandoning our own principles and policies to push theirs instead? Of course not. If we believe Trump’s values and politics would harm the country and the people who populate it, ‘love’ compels us to resist his election and the advancement of what he stands for.

What does this love of enemy imply? I find it’s easier to answer that with respect to Trump supporters than Trump himself. This is not to endorse the bigotry frequently on display at Trump rallies, or the ‘lock her up!’ vitriol and threats of violence against Clinton. There is no place for these. But an empathetic look at Trump supporters surfaces the frustration and bewilderment of a subset of the country that has felt abandoned by rapid economic and social upheaval and politics-as-usual.

To ‘love’ them is to tease out what might be legitimate about their grievances and to want them to have decent, dignified lives. It means relating to them in a way conducive to a change of heart whereby that heart might eventually change – might store more than resentment against immigrants, minorities, and ‘politically correct’ liberals.

What of Trump himself? Bible scholars will tell you that an important aspect of Jesus-style love is wanting the best for others, even those you label ‘enemy’. In Collins’ view, this suggests wanting for Trump a newfound ability to resist firing off mean-spirited tweets and ill-conceived ideas that malign other people and reveal his own lack of knowledge and character.

‘Loving’ Trump also implies wanting the best for him personally even as we thwart his political desires. For a narcissistic power-seeker, winning the presidential election would only feed his worst tendencies. His massive and problematic ego – ‘I alone can fix it’, as he boasts when discussing the country’s problems – would likely soar to destructive new heights were he to occupy the most powerful office in the land.

Better for Trump’s character – better for his ‘soul’, if you will – that he experience and accept a very public loss in this biggest contest of his life and spend his remaining years devoting himself to ends more edifying than inflating his superiority and degrading his rivals.

‘Loving’ Trump means resisting any urge to clamour for his imprisonment or execution, as some of his supporters have demanded for Clinton. No need for any symbolic walk of shame like that endured by Cersei Lannister in Game of Thrones. (We know what that led to: She sought and got revenge on a massively destructive scale.)

They become, instead, human, and deserving of all that implies. Even if their name is Donald Trump.

This article was originally published in USA Today.