Our website uses cookies to improve your online experience. Accept | Find out more
Islam and the Western Christianity: facing conflict for mutual gain?
< Back 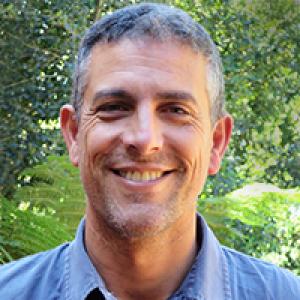 Richard Shumack is a research fellow specialising in philosophy of religion with the Centre for Public Christianity in Sydney.

A History of Conflict

In 2008, Fitna, a video linking Islam and violent conflict with Western civilization, became a massive hit on the web. The following year saw a similar phenomenon in Islamic Demographics. This is another wildly popular video – particularly among Christians – that uses statistics to argue for a looming Muslim takeover of the West. While offerings such as these are high on imagery and rhetoric, low on facts and references, it would be a mistake to dismiss this ‘conflict narrative’ as simply the ranting of a few anti-Muslim extremists.

Particularly since 9/11 it has been in vogue in both Western and Muslim scholarship to characterize the political relationship of the Muslim world to the West as one overshadowed by tension and conflict. For evidence of division we need look no further than Barrack Obama’s 2009 speech at the heartland of Islamic scholarship, Al-Azhar University in Cairo, in which he spoke of ‘…a time of great tension between the United States and Muslims around the world – tension rooted in historical forces that go beyond any current policy debate’. Indeed Obama’s prime purpose was to open a pathway to bridging political alienation. Closer to home, a scholarly work, Islam: Human Rights and Public Policy, soberly warns of the pitfalls of a naïve expectation that Muslim communities will integrate smoothly into the Western social and political context.

Particularly since 9/11 it has been in vogue in both Western and Muslim scholarship to characterise the political relationship of the Muslim world to the West as one overshadowed by tension and conflict.

There is religious tension too. Many argue that conflict is the inevitable outcome of any meeting of exclusivist, missionary faiths. Inevitable or not, the ‘religious’ interaction between Christianity and Islam has a chequered history across the centuries that is well-known. Conciliatory approaches such as A Common Word Between Us and You – an open letter to Christianity from 138 Muslim scholars, clerics and intellectuals – and similar Christian efforts, reveal the history of tension by their very existence. Accurately or not, most modern Muslim scholarship criticizes Western Christianity’s critique of Islam as ‘orientalist’ in that it patronisingly dismisses Islam without first understanding it. Tellingly Muslim scholars see more integrity in old style polemics that dismiss Islam as a Christian heresy than modern approaches which seek a superficial unity.

That conflict appears inevitable is shown even more starkly in the theological issues at stake. From the outset the Bible claims scriptural finality – implicitly denying the authenticity of the Qur’an. The Qur’an clearly defines Islam in opposition to rival faiths, and claims scriptural disagreement with its own message is the result of tampering. Even the foundational Muslim declaration of faith (the shahada) affirms the unity of God in such a way as to oppose the Christian one God in three persons Trinitarian understanding. Muslims and Christians differ, at a foundational level, on cardinal beliefs such as the nature of God, revelation, atonement, and are thus unavoidably in polarising tension when it comes to articulating these beliefs.

A Conflict of Mindset

All these tensions are deep, and perhaps irresolvable. However I want to suggest that there is no chance of any kind of resolution without recognition of a further largely unacknowledged conflict of mindset. A way in to appreciating this conflict is to interact with the penetrating thought of current Muslim philosopher Shabbir Akhtar. In his book, A Faith for All Seasons: Islam and the Challenge of the Modern World, he wrestles with the tensions he sees in Muslims coming to terms with living in the Western context. Acknowledging the history of the political, religious and theological conflict, Akhtar adjudges these to have resulted in a stalemate. This is not to say that he believes the conflicts to have balanced out: he strongly holds to the intellectual incoherence of Christian theology, and the inevitable superiority and triumph of an Islamic social and legal framework. However he does not see these areas as the key battlefield for people’s allegiances.

Instead Akhtar recognises a distinctly different battlefield: our understanding of the human experience. In essence he sees a profound conflict between a tragedy mindset and success mindset.  He argues that Christianity (and the West) holds to a ‘tragic’ vision of a fallen humanity, a fall so profound that a radical solution – the Christ event – is required for redemption. Islam on the other hand is far more optimistic concerning the human condition. To be sure, in Islam humanity is weak, and makes poor choices, but they are genuine choices and can be made for good, and for God. Indeed for Akhtar ‘…the resolution to guard against the temptation to tragedy is Islam’s distinctive contribution to religious anthropology’. Islam, then, has no room for tragedy, and rather than requiring a saviour, ‘…the only cure for failure is success’.

For Akhtar the proof of this tragedy/success tension is seen in the patterns of conversion. He claims that Christians largely convert to Islam for intellectual reasons – human reason is unfallen and as such seeks a coherent faith. For these converts Islam proves satisfying in providing both a coherent understanding of God, but also an ideal societal vision that can be achieved through successful submission to God’s laws. Muslims on the other hand turn to Christianity because they are attracted by the pathos of the Christian story of human tragedy. For these converts Christianity proves satisfying in resonating with the depth of pain in the human condition and the comfort of a God who engages with that suffering. When faced with living as humans in the world, Muslims pursue the successful life through obedience to God. Christians however, according to Akhtar, submit to weakness while waiting helplessly for redemption.

When faced with living as humans in the world, Muslims pursue the successful life through obedience to God. Christians however, according to Akhtar, submit to weakness while waiting helplessly for redemption.

Akhtar summarises the mindset conflict thus: Christians put up with the incoherence of their theology because of the more powerful emotional resonance of the passion story. Muslims, instead, put up with a disappointing history of Muslim behaviour (here he quotes the saying ‘Islam is the best religion, with the worst followers’) for the sake of holding an intellectually coherent theology. In short, Christians choose experience at the expense of a coherent metaphysic, heart at the expense of  head, pathos at the expense of logos; Muslims vice versa.

It is important to note the implications of this for Akhtar. His recognition of this mindset conflict leads him to call Muslims to come to terms with the great power in the Christian narrative to resonate with the human experience. Indeed, his challenge is to Muslims to recognise this power and counter it with a display of Islamic piety that demonstrates the reality of Qur’anic optimism. His call is to fight. But instead of fighting in the arena of geo-politics or theology, he lays down a challenge for Muslims and Christians to fight primarily in the arena of good works. His ‘battle challenge’ is: Be successfully good so as to be better than the Christians!

What are we to make of Akhtar’s argument and challenge? Certainly Akhtar’s thinking has weaknesses. He oversimplifies the Christian theology of humanity and ignores the essentially pro-humanity stance of the Bible. His a priori dismissal of the intellectual coherence of Christianity begs an argument, and his characterization of converts (in both directions) is not backed by any solid research. On the other hand Akhtar is one of the few Muslim philosophers today attempting to genuinely engage deeply with Christian thought. His basic observation of a mindset conflict is instructive and demands consideration. I suggest at least the following three responses.

These mindset tensions must be first understood for there to be any hope of genuine theological, religious or political engagement on issues of conflict.

First, it is crucial for those of us brought up in a Western intellectual tradition to appreciate the reality of mindset conflicts with Islam. Akhtar has identified one element of this conflict, however the reality is more complex than a simple battle between tragedy and success. Other key examples of foundational mindset conflicts would include the predominant shame/honour morality mindset of most Muslim communities as compared to the guilt/righteousness paradigm in the Western protestant tradition, or the refusal of Islam to accept a sacred/secular distinction. Similarly, criteria for historicity or questions concerning scriptural authenticity are approached within different authority frameworks. These mindset tensions must be first understood for there to be any hope of genuine theological, religious or political engagement on issues of conflict.

Second, Akhtar reminds people of faith that in the realm of public truth there is a need to explain belief in ways that people from differing mindsets can at least understand, if not adopt. So to take Akhtar’s example, in the encounter with Islam, Christianity might respond to an accusation of tragedy by identifying that the biblical story is not a classic Greek tragedy: a story in which humanity is the central character with an ultimately fatal flaw, and in which the Christ sacrifices himself in an act of ultimate sympathy. Instead, the passion narrative incorporates both tragedy and success. In any public debate over religious truth, mindset conflicts must inform, and be interacted with, in dialogue.

Finally, it is telling that in a battle between logos and pathos, Akhtar sees ethos as the adjudicator. For him one of the key tests of the truth of any religious truth claims in a pluralistic context will be the possibility of living it out. His challenge is as pertinent today as it is ancient. In appealing to the classical Greek persuasive categories of logos, pathos and ethos he has recognised that in the arena of public religious truth coherence is found in the totality of the human experience. Any faith must provide understanding that satisfies the mind, meaning that satisfies the heart, and maxims that work in day-to-day life. To summarise, Ahktar’s challenge to Christianity – or any other faith in the pluralist West – is to prove itself coherent in that its theology, historicity, spirit, and good living align. This is a battle challenge we would all do well to accept.