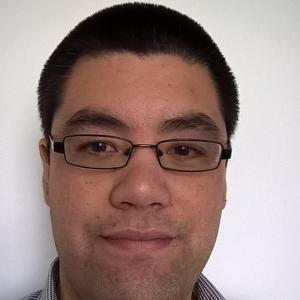 We live in an incorrigibly religious world. Within a three mile radius of where I live in Oxford there are two Anglican convents, two mosques, an Orthodox Jewish synagogue, Greek and Russian Orthodox churches, a Quaker meeting house, a Tibetan Buddhist centre, a Sikh Gurdwara, a Hindu temple and a Catholic priory and a Catholic workers’ house.

How then should we read the Bible with members of other faiths?

Perhaps unsurprisingly, we Christians don’t have a glorious track record of doing this well. On the whole, engaging other faiths with the Bible has been driven by either a polemical or evangelistic agenda. This is not to deny that there is a place for both these activities but in a post-Christendom world, there is an urgent need to develop ways of relating in which the Bible is not seen as a battleground but a meeting place.

How then might we do this? In recent years, two approaches have emerged which bear great promise: Scriptural Reasoning and comparative theology. Both approaches began as academic initiatives in Cambridge and Harvard respectively, but have grown beyond the academy and have great relevance in how to engage with the Bible in an inter-religious context.

Scriptural reasoning, spearheaded by Prof David Ford and Prof Peter Ochs, is the practice of inter-faith reading which draws together Jews, Muslims and Christians in small groups to read passages from each tradition’s texts. It focuses on deepening understanding, not achieving consensus. In the same way, comparative theology (as practised by scholars like Francis Clooney S.J and David Burrell C.S.C) is firmly rooted in the Christian tradition but seeks fresh theological insights from other faith traditions.

We all know members of other faiths – they are our neighbours, our co-workers, our family members, our fellow citizens.

There is much to learn from both these movements. Below are five key lessons.

Often inter-religious dialogue is seen and practiced as a means to an end. What Scriptural Reasoning, in particular, has taught us is that reading the Bible with people of other faiths is not primarily instrumental, not a problem solving activity. Rather, we do it for God’s sake. It is an act of generosity, a sort of holiness pleasing God to share Scriptures with others.

It (inter-religious dialogue) is an act of generosity, a sort of holiness pleasing God to share Scriptures with others.

Anyone who has engaged in inter-religious dialogue knows how difficult it is to actually read the text. In the same way that it is often easier to talk about prayer than it is to pray, it is often more comfortable to talk about Scriptures than to actually read them. We get caught up in conceptual clarifications around revelation, inspiration, how the canon came to be etc and the actual biblical narratives remain closed.

For the past several centuries, our intellectual culture has taught us that truth is to be found in abstraction: in timeless, context-less truths discovered by disinterested observers applying proper techniques. Personal commitments must be checked at the door.

This is disastrous for reading the Bible in an interfaith dialogue. Both Scriptural Reasoning and comparative theology emphasize the need to remain anchored in your own faith traditions and not to hide personal autobiography. We are believers baptised into a 2,000 year tradition of faith not disinterested textual scholars. The Bible functions in a special (liturgical) way in our communities and if we choose to suppress this context, we impoverish both our own understanding and those of other faiths.

The Bible functions in a special (liturgical) way in our communities and if we choose to suppress this context, we impoverish both our own understanding and those of other faiths.

Lesson 3 – Reading other texts alongside the Bible

If we invite others to read our Scriptures, we must be ready and willing to engage deeply with other holy texts. We do this not as a token gesture, a kind of quid pro quo, but in the hope and expectation of learning and encountering, in the words of the Nostra aetate, a ‘ray of truth’.

Again this does not mean descending into a sort of liberal consensus that all Scriptures are equal and basically say the same thing. No – we remain committed to witnessing to the particular gifts we have received but not closed to others. Francis Clooney summarizes the challenge well: ‘If we are attentive to the diversity around us, near us, we must deny ourselves the easy confidences that keep the other at a distance. We need to learn from other religious possibilities, without slipping into relativist generalizations.’

I remember once reading the biblical story of Abraham with a Muslim friend and colleague. He made the confident assertion that Abraham was of course a Muslim. My first reaction was to be offended at this blatant re-reading – ‘How dare you colonize my Scriptures! Don’t you know the Bible came first?’

On reflection though, I realised that that is exactly what Jews must feel every time we utter the words ‘Old Testament’. The thought had never really occurred to me before and gave me a glimpse of how it must feel to have your tradition superseded by a rival.

Somehow we must learn to be good hosts, allowing others to offend without becoming defensive. Easier said than done, but as the great novelist Marylinne Robinson reminds us, ‘Nothing true of God is ever said from a posture of defence.’

Somehow we must learn to be good hosts, allowing others to offend without becoming defensive.

St Jerome once said that the Bible is an ‘infinite forest of meanings’. Reading the Bible takes time. There are no neat packages ready to be transplanted from one context to another. If we are to enter this infinite forest and avoid superficiality, we must take time to develop friendships. Without this scaffolding, we can’t expect to touch on deep issues of disagreement in a positive way. We will be left skimming over the surface with the depths unplumbed.