Our website uses cookies to improve your online experience. Accept | Find out more
Has the Bible got the X Factor?
< Back 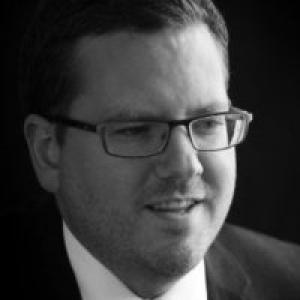 Amidst the recent rumours and speculation on why Cheryl has quit the British X Factor, I’ve recently been pondering whether talent shows can help us discover what voices contemporary audiences see as trustworthy and credible. In part – so my theory goes – this might also help us see whether the voice of God in the Scriptures might also be seen by everyday people as significant or even somehow claim authority.

So, let’s think about the format of this ubiquitous form of entertainment…

Talent shows are beloved by producers and viewers across the world, and no matter what brand of competition or television network, judging panels seem often to be made up of 4 similar types of people:

In British X Factor, this is epitomised by Louis Walsh – an industry veteran, who has featured on almost every season of the show, and for whom, somehow, the X Factor just wouldn’t be quite right without. In fact, during one season when the producers tried to run the show without him, they ended up re-inserting Louis part way through the series.

Longevity, tradition, identity, language and ethos are all somehow connected with this credible voice. It seems to me that audiences appreciate an anchor, a reliable presence, an ingrained identity. The long-standing judge stands for cultural heritage.

The most popular and memorable series of X Factor have included the notorious Sharon Osbourne within the line-up. She’s bold, she’s confident, she’s sassy and she says what she thinks, no matter who disagrees with her. During one series she even tipped a jug of water over Louis’ head as he was being stubborn and contrary (note the significance).

Passion, conviction, forthrightness and boldness are motifs of this credible voice. Audiences either love or hate the outspoken one, but they’re united in appreciating the edge and drama that this judge brings. Prophetic challenge is voiced by the outspoken judge.

Audiences either love or hate the outspoken one, but they’re united in appreciating the edge and drama that this judge brings.

Poor Gary Barlow. He never should have gone on the X Factor. Previously, we all thought he was kind, gentle and caring. But his appearance revealed a cool and sometimes abrasive figure who needed subsequent redeeming by a sentimental fly-on-the-wall documentary. But people trusted Gary’s opinion. Here was a reputable man who was in the top flight of the music industry – whose music still topped the charts, and who had demonstrated his continuing ability to speak with the authority of experience.

For me, the reputable judge embodies holistic integrity. This individual brings their opinion into the mix, and, no matter whether you’re inclined to agree or disagree, you respect them and listen because they live out what they’re saying. This credible voice is expressed in motifs of assurance, consistency and demonstrative activity.

This might be a judge from the host country who has international experience, or, like Nicole Scherzinger, it may be a celebrity flown in from elsewhere in the world to offer a global perspective. This person demonstrates the smallness of the global community and simultaneously expands the dreams of the wannabe stars to include worldwide notoriety.

Interconnectedness, otherness and relatedness are emblems of this credible voice. Audiences know a little about this judge, but they’re conscious of the different perspective they bring. The International One demonstrates intercultural dialogue.

Credible voices and the Bible

How, then, do these pop culture motifs open up connection points for the value or credibility of the Scriptures for us?

Well, the Bible certainly has longevity and has irrevocably shaped our cultural heritage. As an inspirer of prophetic challenge, the Christian Scriptures have contributed to the positive transformation of moral and ethical thinking in societies all across the world. Countless women and men throughout the centuries have demonstrated holistic integrity in their Bible-inspired actions. And whether we think of linguistic translation, dialogue between cultures, tribes and religions, or Christian mission, the God story is one that expands ever outwards, on a trajectory that embraces interconnectedness and the stranger.

Countless women and men throughout the centuries have demonstrated holistic integrity in their Bible-inspired actions.

I may be optimistic and I may be simplistic, but, for me, this glimpse into pop culture hints that enduring qualities of the Scriptures still resonate deeply with people around the world.

Finally, though, we need to consider the uniqueness at the heart of the Bible. Because, although these four dimensions can provide a context for audiences seeking credibility, the judges are ultimately the backdrop to the main event – the talent contest itself.  To my mind, it’s no coincidence that audiences and producers are still magnetically drawn to the dominant story – the emotional and experiential ‘journey’ of the few finalists.

And this should bring us confidence. We are a pilgrim people with one man’s journey at the heart of our story. A transformational journey with the triune God is what being a disciple is about.

We are a pilgrim people with one man’s journey at the heart of our story. A transformational journey with the triune God is what being a disciple is about.

So, in our advocacy work at BFBS, we champion the cultural contribution of the Bible, we amplify the prophetic challenge of the Bible, we celebrate the lives of individuals inspired by the Bible to act with holistic integrity, and we allow ourselves to be propelled ever outwards by the Bible into intercultural dialogue. And, in so doing, each day we aspire to enable the audiences we work with to decide to join the experiential and person-centred quest for that transformational quotient – the X Factor.