Our website uses cookies to improve your online experience. Accept | Find out more
Give Us Peace – But Not Yet
< Back 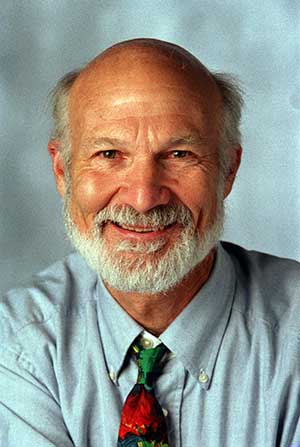 Bible Society · Give Us Peace – But Not Yet

The title of this reflection on peace is a play on Augustine’s prayer for God to make him a celibate…but not yet. I have always thought it interesting that Augustine assumed that if he was to become a Christian it would mean a change in his life all the way down. All the way down meant he could not continue to have sexual relations with the young women with whom he took up after having rather cruelly separated from his long-time mistress.

He was, of course, right that if he became a Christian it would mean a transformation of his life. As his Confessions make clear for Augustine the “not yet” was overwhelmed by the new way of life called Christian. That way of life, moreover, turned out to be anything but boring. Forced to be a bishop meant he often found himself at the center of conflict. The alternative life he began as a Christian was anything but placid. He never had time to be bored.

I suspect many of us considering identifying as pacifist are, like Augustine, “but not yet” people. There are good reasons for that. A non-violent way of life at once seems too difficult and too placid. We are not even sure what it would mean to claim to be non-violent. Some forms of violence seem necessary if anarchy is to be avoided or justice is to be achieved.

Peace, moreover, just sounds so, well, peaceful. To be at peace seems about as interesting as watching weeds grow or for a Texan, my basic identity, watching cricket. Some think non-violence is a better way to describe what it means to be a pacifist. But the description, “non-violence” has its own problems. The phrase non-violence is parasitic on violence for which it is allegedly an alternative. The “not” that makes non-violence seem committed to a world without violence in fact depends on the continuation of violence. Peace just turns out to be not violence.

But if peace is just the absence of violence it is not clear you will be able to recognize the violence that is inherent in the everyday. That may seem odd, but it turns out that we may be agents of violence even when we seem to be engaged in what seems to be everyday interactions. For example, the relation between classes, genders, and races often are quite violent even though everyone is “nice.”

To declare that one is a pacifist is caught in the same problem. Just as it is difficult to say what peace is so it is not easy to know what is entailed by being so identified as a pacifist. For many years I have declared I am a pacifist, but I have never liked being so described. Pacifist is such a passive way to say what you take to be true. Great pacifists—Dorothy Day, Martin Luther King, Gandhi—do not seem all that passive. Yet it is difficult to counter the impression that to be a pacifist is to take up a way of life that depends on others’ willingness to use violence to sustain a less violent world.

It simply has to be acknowledged violence, particularly the violence we call war, in spite of the destructive character that often accompanies the use of violence, is captivating.

Indeed, it may be that it is the destructive character of violence that makes violence so attractive. If you do not believe that ask yourself when was the last time you went to see a movie about peace. Conflict, even in war, captures the imagination.

It is a common testimony of soldiers after a battle to report that while they were in the conflict, they were unsure where they were or what they should do. After the battle often a narrative can be devised that makes what happened seem coherent. Such a narrative, moreover, becomes justification for the war by giving a sense that in spite of the terror of battle what was done had to be done.

The narratives become adventure stories that shape our imaginations even if we are committed to non-violence. It is difficult to imagine a world without war. War creates a coherence, who are the good guys and who are the bad guys, that gives meaning to our lives. It seems there is good reason, perhaps even more persuasive than Augustine’s “not yet” for anyone to pray for peace but add the ”not yet.”

Yet I believe Christians are called to live non-violently. I believe, moreover, that to so live is anything but boring.

To live non-violently can only be uninteresting when peace becomes an abstraction divorced from the One who is peace.

Christian non-violence gains coherence only as it reflects the Father’s refusal to save the Son by killing killers.

There are texts in the Gospels that intimate something like non-violence—forgive your enemies, turn the other cheek—but you will not find in the New Testament any straightforward admonition that commands a pacifist position. Some may think that a problem, but it is a reminder that Christians are not committed to being non-violent as an end in itself. Rather Christians are committed to live non-violently first and foremost because we have been commanded by Jesus to come and follow him.

When peace is abstracted from the person and work of Jesus pacifism not only invites the “but not yet” response but is also rightly criticized for being naïve. “Can’t we all just get along” turns out to be, as proponents of the use of coercion in the name of justice often contend, a naïve sentiment that fails to take the violence of the world seriously.

Too often I fear accounts of non-violence fail to acknowledge that to live non-violently is a dangerous business. It is quite literally a matter of life and death. That should not be a surprise for those who would obey Jesus’s command to follow him. To so follow him begins with the recognition that though there is much for which it’s worth dying it does not follow that the taking of another’s life can be justified. Jesus disarmed Peter in the Garden.

“Come and follow me,” therefore, makes clear that any account of non-violence by Christians is a Christological exercise.

Non-violence is made a reality in the crucifixion of the Son of God. Through his death and resurrection Christians believe it possible to live lives of non-violence in a violent world. Thus the claim that Christians are not non-violent because non-violence is a strategy to rid the world of war, but in a world of war as followers of Christ we cannot imagine being anything other than non-vioIent.

The Christological center necessary to sustain non-violence entails a politics. The name of that politics is called “church.” The people of God are committed to a life of peace which makes them an alternative to the world. The churches’ commitment to non-violence is an eschatological faith that is made possible by the witness of a people who refuse to kill.

So understood, one of the central passages in the New Testament for helping understand how non-violence works to shape a counter politics to the politics of the world is Matthew 18. It may seem strange to call attention to Jesus’s account of how his followers are to confront one another if they feel they have been wronged. We tend to think the non-violent thing to do is just “let it go”.

That is clearly not how Jesus thinks we are to interrelate. We are told by Jesus if we think we have been wronged we are to confront the person so identified in a manner that reconciliation might be possible. If they refuse to confess or seek reconciliation the person wronged is to bring a member with them so that a witness is present to the process. Finally, if there is still a refusal to acknowledge the wrong done, they are to be cast from the church. A reminder that excommunication is a form of non-violence.

What is fascinating about this exchange is how conflict is often necessary for a people who would live at peace with one another. A community of peace cannot be built on falsehoods and lies. The truth matters and truth often hurts. But if our lives are to be constituted by peace it must be the peace of truth.

Jesus clearly presupposes that those that would follow him have a duty to confront one another if they think they have been wronged. Violence it seems hides in our refusal to so confront one another. Yet as those possessed by the common love of Christ we must be ready to seek reconciliation by telling one another the truth.

Non-violence turns out to be anything but passive. Conflict is necessary if we are to be a peaceable community.

Jesus does not say we might confront the one we believe has wronged us. Rather we have a duty to do so. Such is the way of peace for Christians. Just as Christians have a duty to confront one another so Christians also have a duty to challenge the world to acknowledge the violent order that too often is called peace. So understood means the living out the peace of Christ is anything but boring.

The peace that is Christ turns out to be anything but boring. How can it boring if in fact it is constitutive of a people capable of being an alternative to the violence of the world. That violence, the violence of the world, is often hidden by being disguised as good order. Christians are called to confront the lie which is the breeding ground of violence. So let us pray: Make Us Your Peace.