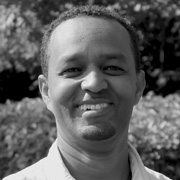 Secularisation is one of those impersonal global forces enthusiastically embraced by some and greeted with apprehension by others. Such disparity seems to reflect the feelings of our colleagues internationally. I see it as more of an opportunity than a threat to international Bible advocacy efforts, and the following are my reasons.

Free Individual – One of the features of secularisation is the breaking down of the “collective conscience” generated by tribal and religious commitments. This enables people to come out of the communal shadow and be willing to rediscover their unique individuality. They can experiment with a new way of life without fear of being persecuted or excommunicated.  One might think stressing individuality would not sit well with the biblical idea of community. The truth, however, is that individual is as important as community in the Bible. The reason is that a biblical community is a collection of individuals who come together because of their personal conviction rather than institutional or cultural coercion. For example, the decision of each disciple to follow Jesus was not a communal one. Rather, they were compelled to take on a new identity – Christianity – because of their personal fascination with Christ and his message. So, free individuals are more likely to listen to our stories without fear of disapproval of external forces.

Free individuals are more likely to listen to our stories without fear of disapproval of external forces.

Free Public Square – In secular cultures, public space is no longer unilaterally occupied by one single institution or power. Instead, it is a colourful “’market place’” of competing ideas. As Fredrick Siebert, former MTV Creative Director, pointed out, Public Square is a place where “all with something to say” can be free to express themselves. Reason is the main moderating force. The ideas which pass the test of soundness will survive whereas those failed will fade away. Siebert’s optimism about reason as an unbiased tool of adjudication might be slightly misplaced.  Nevertheless, it is undeniable that secular culture provides us with ample space for the Bible to engage culture and culture-shapers. Secular culture is where the same city entertains an Imam calling for prayer, an evangelist shouting at the corner of the streets and an atheist bashing Jesus. Mixed blessings? Yes. But, the goal of Bible advocacy is maximising the positive by highlighting the voice of the Bible in this market place.

Secular culture provides us with ample space for the Bible to engage culture and culture-shapers.

Value of Diversity – Diversity in creation has a divine origin whilst diversity in our thinking stems from human limitations. In pre-secular contexts religions and ideologies are used as pretexts to commit atrocities on individuals or group of people who look or think different. One of the benefits of secularisation is bringing about the ’dignity of difference’, to borrow Jonathan Sach’s phrase. It creates a social atmosphere in which people are not demeaned, persecuted or marginalised because of who they are or what they propagate. So being different, in secular culture, is not something to be avoided. It could even be a point of traction. Plurality provides not only with uplifting stories of success, but also narratives of lost meaning and aborted hope. When we immerse ourselves into the stories of different cultures and experiences, we give the Bible a chance to speak into them.

Plurality provides not only with uplifting stories of success, but also narratives of lost meaning and aborted hope.

Possibility of Negotiation – Life in pre-secular cultures is covenantal (Please note I am not talking here about biblical covenant). Social harmony is maintained by deeper commitment to norms, values, dogma, and moreover, to community. This looks fantastic on the surface. The problem, however, is covenant of this nature is inherited rather than negotiated. Secularisation has a tendency of breaking the forced chain of covenant and bringing relationships to more contractual level.  This allows individuals or groups to re-negotiate their place and interest, and test the validity of their relationship before committing to covenant. The implication of this to Bible advocacy is that, first, we have a chance to choose a more suitable target. Secondly, identifying our target helps us to shape our message in such a way that speaks to their soul. Thirdly, through engagement and negotiation we learn to use their language to tell our story.

Advocacy, should not be about unconditionally opposing whatever is coming from the phenomenon of secularisation.We also need a positive orientation to “propose”.

In the end, this is not an effort to romanticise secularisation. As with any cultural phenomenon, it comes with challenges as well as opportunities. An African church leader once said, sometimes we can be confronted with issues that corner us to a purely “opposing” position. Advocacy, however, should not be about unconditionally opposing whatever is coming from the phenomenon of secularisation. We also need a positive orientation to “propose”. This seems to me in line with St Paul’s advice to the church in Ephesus, “Make the most of every opportunity” (Ephesians 5.16). In fact, the translation in my language (Amharic) reads, “Redeem the age, for the days are evil”. So, in some contexts, “the secular age”, or at least, few elements of it, needs redemption, not rejection.