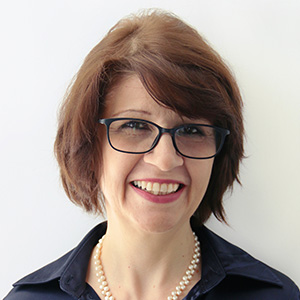 Ruth Sok Nhep is the Interim General Secretary for the Bible Society in Cambodia.

28 March 2015 was definitely a day to remember for the Bible Society in Cambodia and for the Church.

A crowd of more than 3,000 eagerly filled the largest auditorium in Phnom Penh. Koh Pich is a beautiful theatre with a huge stage for art performances. The audience was made up of a large array of churches from Protestant denominations and Catholics who brought along their un-churched family and friends. Many had to stand but this didn’t deter them.

As soon as the lights went out, shouts of excitement were heard all over the auditorium. The performance became almost a dialogue between the ongoing play and the audience. The atmosphere was electric.

The performance became almost a dialogue between the ongoing play and the audience.

Why so much excitement and anticipation?

This art event was birthed in 2014 as part of the Forgiveness and Reconciliation advocacy project. April 2015 marked the sad 40th anniversary of the takeover by the Khmer Rouge, who ruthlessly implemented cleansing through genocide in order to bring in a new era and Khmer identity. During their four-year-long regime, they cruelly implemented terror through mass executions, torture, famine, forced labor and absolute control of the population. They wanted to completely eradicate the old Khmer culture that goes back to the times of Angkor. They systematically killed the intellectuals, the artists and anyone who had anything remotely to do with culture, religion or ethnicity.

Cambodia has been trying to recover from this trauma. It has been an uphill battle between rediscovering the Khmer soul and fitting in with a modern world. Cambodia is in dire need of healing from the past wounds that have been festering ever since.

It has been an uphill battle between rediscovering the Khmer soul and fitting in with a modern world.

The vision of an art performance was born in the hearts of Revd Barnabas Mam and Revd Arun Sok Nhep who believed that the best way to touch the Khmer heart would be through the arts. The Khmers have always been very artsy. You just have to look at the Angkor sites and the Khmer Empire to see this. Khmer classical dance is also very well appreciated. It is an exquisite demonstration of precision and perfection. Less well known internationally, but nonetheless very popular within Cambodia, are the ancient traditions and schools of theatre. They are based mainly on music and poetry, with either formal performances in auditoriums or itinerant bards going throughout the country telling stories through songs. These would be mostly spontaneous with the bard coming up with the poetry as he sang.

Cambodian music is also very special as it uses a pentatonic scale. Only Cambodians can really sing to Khmer music with all its nuances. Music and poetry play on the heartstrings of the Khmer.

That is how the art performance Spean Metrey (which means peace making bridge or reconciliation) came to be. It was a tall order to try to present the Biblical message of forgiveness and reconciliation within a Khmer context and in a way that would resonate.

So a play was written using four traditional genres. Normally, different genres are not mixed within a performance. However, it was done successfully with one flowing into the other effortlessly resulting in a delightful blend of the traditional within a modern context.

The vision for this musical performance was shared with church leaders. This is how it became a joint partnership between the Bible Society and the churches.

Revd Arun Sok Nhep wrote the script, Revd Barnabas Mam and Revd Rien Uong wrote the poetry, Revd Barnabas and Revd David Ben wrote the musical arrangements, and the project was implemented by Thida Hul Kol from the Bible Society and Cheam Chan Tola. All worked tirelessly with the volunteer actors. A professor from the School of Fine Arts was recruited to teach the actors. A specialist in traditional art costumes was also enrolled to design and prepare the costumes. More than a hundred people worked very hard for the vision to become a reality. Another fifty youth volunteered as ushers and helpers.

It was marvelous to witness firsthand their enthusiasm and sense of ownership. It was definitely a community experience.

The biblical message was unadulterated with the golden thread of God’s love extending forgiveness and seeking reconciliation with man running throughout the play.

It opened with a dance of prayer and praise. A Yiké performance usually starts with a classical dance to ask the spirits to protect the performance. It was instead a beautiful prayer of worship, acknowledging the creator God.

The first scene opened on the trial of Steven, the first martyr. The high priest interrogated Steven and asked him what he had done and who this Jesus was. Steven responded in song and started telling a story that went way back…

The musical recounted the beauty of creation and how man fell into sin, thus bringing death and destruction. The murder of Abel marked the beginning of a long history of violence, hatred and dissention throughout humanity. It described how God in his love extended reconciliation using people of faith like Noah, Abraham, Moses and David...

All creation was awaiting redemption and reconciliation that came through Jesus and his sacrifice. John the Baptist opened the era of the New Testament.

The martyrdom of Steven started the great persecution of Christians and their dispersion throughout the world. The scene of the stoning of Steven was very poignant. His message of love and forgiveness only possible through Jesus Christ was very clear.

The last part showed the conversion of Paul and how the church extended forgiveness to him for his zealous persecution of Christians.

The redemptive message of the cross that brings reconciliation with God came out loud and clear. God provided the bridge that makes reconnection with Him and others possible.

The musical finished on a beautiful scene with more than a hundred actors on stage wearing costumes from different ethnic groups of South East Asia proclaiming that it is possible to forgive and reconnect with each other through the love of Christ.

Transitions from one scene to the other were made with short dialogues discussing the events going on, most of them with two clowns (another trait of a Yiké performance). They were great at reinforcing and summarizing the message as well as keeping the suspense going between the scenes. They connected amazingly with the audience. A beautiful background of visuals on a giant screen enhanced the atmosphere of the whole play.

To crown the event, it started to rain quite heavily during the performance. This is extremely unusual at this time of year. Cambodians see rain as a heavenly blessing.

The immediate feedback was quite stunning. People from all walks of life were deeply touched: the poor and the affluent, the educated and less educated, Christians and non-Christians, the youth as well as the older generations. The youth were massively enthusiastic and touched by the message. A significant percentage of the actors were youth. Even the children were engrossed in the musical.

Pastors said their congregants were very touched and have been giving testimonies on how God spoke to them through the performance.

Facebook is buzzing with feedback and encouraging remarks. We have heard of several cases of people who were brought by family members and friends and had never been interested before who now want to know more about God and the message of reconciliation. Even the theatre manager and the stage hands who had predicted a disastrous event since we had refused to make offerings to the spirits before the play, were very touched by the performance and the message. They said they had never seen anything like it before.

The professor who taught the actors was so touched to see the motivation and the progress with the volunteer actors that he was crying and declared them more advanced than his students at the university.

The most common reaction I heard was, “I cried throughout the musical. It spoke deeply to me.” Things have been kept so deep inside because Cambodians had to survive and move on without healing. The saying “time heals all wounds” is not true. Wounds have to be cleansed otherwise they fester.

God is the great healer and the message that he can bring wholeness to the Khmer soul is what this musical is all about.

Last but not least, this event was bathed in much prayer. We knew that without God it would just be another show. Prayer was taken seriously.

We are very grateful to donors from the UK, Switzerland and New Zealand who have joined in this project through prayer and donations. Your contribution has provided an amazing opportunity for the people of Cambodia to start a journey towards wholeness.

I believe that just as a pebble thrown in the middle of a lake produces concentric ripples that can even reach the shore, so will Spean Metrey (the bridge of reconciliation) start a ripple effect that will be felt throughout the Cambodian church and society.