Our website uses cookies to improve your online experience. Accept | Find out more
Faithful compromise: The lost art of brokered effectiveness in our public life
< Back 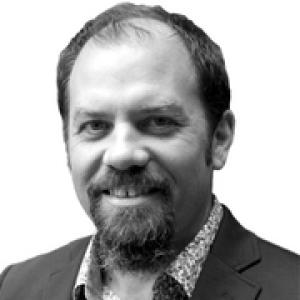 James KA Smith is editor-in-chief of Comment and teaches philosophy at Calvin College where he holds the Gary & Henrietta Byker Chair in Applied Reformed Theology and Worldview. His latest book is, You Are What You Love: The Spiritual Power of Habit (Brazos).

‘Faithful witness is an abstract ideal, which can take no form in the world as it is; compromise, therefore, is the law of our being, and no-one, not even Jesus himself, can get by without striking bargains.’

Many of us will be both puzzled and disturbed by this provocative claim from ethicist and theologian Oliver O'Donovan. It counters our gut-level intuitions and also runs counter to the spirit of the age in which ‘compromise’ is a dirty word. For Christians, the word evokes a sense of capitulation or assimilation, the sort of ‘friendship with the world’ that James describes as ‘enmity with God’ (James 4.4). To compromise is to give up and give in, to abandon one's principles, to surrender. Indeed, resistance to compromise is behind our Sunday school rallying cry, ‘dare to be a Daniel!’ Daniel is the poster boy of refusal to compromise.

Except, of course, when he did. Daniel and his friends are remembered for their uncompromising witness: they refused to defile themselves with the king's delicacies; they refused to worship the image of the king. They were willing to bear the costs of such faithfulness, and we rightly celebrate such public witness.

But Daniel was also willing to make compromises, to almost embrace his exile in a way that secured influence. He learned the language and literature of the Chaldeans; he served in an administration that had captured his own people; he provided counsel to an idolater. His faithfulness did not find expression in an enclave of purity, nor did it require him to insulate himself in some holy huddle that protected him from compromise. Instead, he was faithful amidst compromise. His expectations were cut to the measure of exile. He had no illusions about what was possible in Babylon, even while he sought to influence his exilic home in the meantime.

Daniel was also willing to make compromises, to almost embrace his exile in a way that secured influence.

There is a parable for us in that. So this issue undertakes an audacious goal: to redeem compromise. We want to recover a sense in which compromise can actually be faithful, a good, tangible expression of our commitment to shalom precisely because we give up any illusion that the purity of eschatological justice can be secured by us in the here-and-now. In other words, we believe that ‘not being in control,’ as Stanley Hauerwas often puts it, actually liberates us to compromise when pursuing the common good.

We believe this is especially important in an era that demonizes compromise in our public life. The legislative gridlock in the U.S. congress, which shut down the federal government for a time, was in many ways the result of two camps that refused to compromise. Indeed, compromise has increasingly been a lost art in our public life as we have come to prize ideological purity over brokered effectiveness.

There are Christian versions of this too – across the ideological spectrum. Those still waging a culture war take an all-or-nothing approach: we can settle for nothing less than what we know to be good and true. But the same refusal to compromise can also be true of those who've checked out of the culture wars. Having given up any illusions of Christendom, and viewing cultural engagement as tantamount to assimilation and ‘friendship with the world’, these Christians call for ‘alternative’ communities, carving out spaces above – or at least outside of – the tainting machinations of the state or the market in order to pursue a ‘faithful’ way of life. We don't want to compromise just so we can try to ‘run’ the world, they'll say; so instead we'll retreat into our alternative ‘ecclesial’ space where we can be faithful without compromising.

But, as Eric Miller's essay on this issue points out, such ‘third ways’ don't last very long. It is precisely the illusion of being above the fray that seems to make one all the more susceptible to assimilation.

Compromise has increasingly been a lost art in our public life as we have come to prize ideological purity over brokered effectiveness.

This brings us back to Daniel's faithful compromise. At times he is uncompromising, taking a principled stand, particularly when it comes to faithful worship of God. But on other matters, he resolves to live with less than the ideal. He can do so precisely because he has no illusions that Babylon is Zion. Instead, he seeks to be faithful to the God of Zion while also seeking the welfare of the city of his exile (Jeremiah 29.7). But that's not the same as imagining he will remake Babylon into Zion.

It is precisely on this point that we should dare to be Daniels. It's a dangerous thing to acquire a theology of cultural transformation but lose an eschatology. Too many Christians who are newly convinced about the implications of the gospel for society – on either left or right – act as if we are the ones who need to secure the kingdom. If the advent of justice really depended on us, then I can imagine why we could never entertain compromise: it would all rest on our shoulders, hinge on our decisions, depend on our commitment. The buck would stop with us; we would be the last line of defence.

But we need to be careful that our commitment to pursuing shalom isn't confused with a progressivism that functionally imagines we bring about the kingdom. Instead, we need to recover an Augustinian sense of living in the saeculum, this time between times in which we long for kingdom come but live without illusions of its being accomplished and perfected before then. This side of the eschaton, we seek proximate justice, which means facing up to the complexity of our decisions, policies, and systems and learning to work within them.

To pray ‘thy kingdom come’ is liberating precisely because, while it calls us to participate in what God is doing in the world, it also reminds us that God alone, in his providence, is bringing about the consummation of all things. And until then, we can't expect – and shouldn't seek – complete purity. Every time we pray, ‘thy kingdom come’, we are also reminded: it hasn't come yet. In the meantime, we are liberated to compromise – faithfully, with much discernment, and always praying, in hope, ‘thy kingdom come’.

This, finally, brings us back to Oliver O'Donovan's provocative claim. We walk a tightrope, he says. On the one hand, despite all our affirmation of the goodness of creation, ‘we are not invited now to live in the created order as though there had been no cross. The resurrection of Christ bears nail-prints, and the life of those who follow him means taking up the cross.’ So in this ‘meantime’ of the saeculum, that means faithful disciples will sometimes experience exclusion from creational goods precisely because they can't be experienced without compromise. Access to political power might be available, for example, but only on terms that would require the compromise of our witness. ‘Striking bargains with the world’, he notes, ‘is not the imitatio Christi. Christ's followers are called to bear his cross, to “mortify” those aspects of their own nature which are inclined to compromise “upon the earth” (Colossians 3.5). They are called to accept exclusion from the created good as the necessary price of a true and unqualified witness to it.’

But then O'Donovan immediately emphasizes that this doesn't mean there is no place for compromise! Rooted in our uncompromising commitment to Christ, we nonetheless have to act, and we act always and only in situations. We have to make judgments, working with what we've got. ‘It is an old and damaging confusion’, O'Donovan points out, ‘to suppose that compromise in this secondary sense implies compromise in the primary sense.’ Thus ‘every moral decision will be a decision between faithfulness and compromise’, he concludes, especially ‘for the conduct of public life’.

We hope this issue provides the wisdom to help you walk that tightrope of faithful compromise.

This article was first published in Comment magazine on March 1st, 214 and is reprinted with permission.