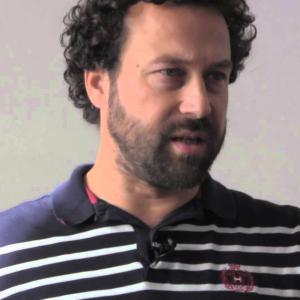 The Bible Societies clustered in the so-called 'West Balkan Partnership' (WBP) operate in a very traditional environment where there is no clear demarcation between the mission of the church and the mission of the Bible Society. Such a setting is usually considered quite difficult for doing Bible advocacy. Here I want to briefly explore some ways in which we have tried to overcome this challenge.

The Church exists in the public space as a missional body of Christ, it represents Christ to the world, so as such, it is the supreme Bible advocate.

Let me say from the outset that we have seen the Church as the key player and partner in Bible advocacy. This comes from what I believe to be the firmly biblical ecclesiology and missiology: the Church exists in the public space as a missional body of Christ, it represents Christ to the world, so as such, it is the supreme Bible advocate. What we, the Bible Societies – as a special and specific part of the Church as a whole – can do, is to help the wider Church, and maybe to remind it of what it is and to encourage it to be what it should be. In a way we might even say that different churches actually delegated us as Bible Societies precisely for this purpose: that we may serve and remind the broader Church about the "Bible cause", which is the calling of the Church. And Bible advocacy is certainly an important aspect of this cause.

Secondly, one needs to understand the context in which the WBP operates. The Protestants and Evangelicals, which are typically the main proponents of Bible advocacy, represent a tiny minority in our countries, and more or less on its own cannot influence society at large. The majority churches in our region are either Orthodox or Catholic. Both of these have traditions with profound biblical foundations and rich spiritual practices which involve the use of the Bible. The main problem that the leaders of these churches are facing is that the majority of their members have only a nominal or 'cultural' identity as Christians. Some of the leadership of these churches are now openly recognizing this as a serious pastoral challenge. The nominal Christians have very little or no knowledge about the strong biblical roots of the traditions and practices of their church. Furthermore, their commitment to their church is usually very weak, too.

Programs and initiatives that help the 'nominal' Christians to engage with the Bible can help to strengthen or even regain their Christian identity.

Here the Bible Societies can step in as natural partners. Programs and initiatives that help the 'nominal' Christians to engage with the Bible can help to strengthen or even regain their Christian identity. And this is exactly what many of the church leaders are discovering. In the Catholic Church, for example, in recent decades its leaders issued several authoritative documents that are calling for a systematic re-introduction of the biblical message to its constituency. This urge was interpreted by one of the Slovenian bishops as the calling for all the pastoral work of the Church to become biblical pastoral work.

This has encouraged the Bible Societies of the WBP to develop several strategies of how to interact with the Church and to partner with its various ministries. By far the most important one was to carefully seek for the lay-people or clergy within these traditional churches, who are already feeling this 'Bible mission' as their own burden. As it turns out, there are many who are taking these initiatives seriously, but are having problems of how to put them into practice or even where to find relevant material. They are often pleasantly surprised that Bible Societies can help them in various ways: in the practical know-how, in the world-wide experience and also with concrete programs and materials. Identifying these 'Bible activists', or 'harvesters', as we call them, and starting to build meaningful relationships oriented toward the Bible mission, is the first key step.

The Bible Society can play a role here both as a facilitator and the 'catalyst of change'.

Once a solid mutual trust has been established, these people can start to interact with each other and with the Bible Society in developing the best strategies, programs, projects and products that will best serve their audiences. The Bible Society can play a role here both as a facilitator and the 'catalyst of change', where possible. The key issue here is that the end result can be genuinely felt by the 'harvesters' as something they own, not as something imposed on them.

Most of these programs will be (at least in the first phase) something that is normally called 'Scripture engagement': they will help the people with a (weak) Christian identity to interact with the biblical message and then to share it with others. But since in some of the cases these 'nominal Christians' represent the majority of the population, this in itself is already 'Bible advocacy', since it is bringing the Bible to the very broad cultural sphere of the society.

But we have also found that after these initiatives start to show some good fruit and as our relationships with the 'harvesters' deepen, it is slowly beginning to be possible to start with Bible advocacy in the classical sense – putting the Bible 'out there', in the public square. We are currently involved in some initiatives that are doing precisely that.

Since in some of the cases these 'nominal Christians' represent the majority of the population, this in itself is already 'Bible advocacy', since it is bringing the Bible to the very broad cultural sphere of the society.

I personally think that this development is natural and 'organic'. Scripture engagement, if genuine, will always produce a new missional awareness. A true, transformational encounter with the biblical message will never fail to achieve that. Getting more closely acquainted with and involved in the rich and inspiring narrative of the Scripture not only gives us a firm identity, but also strengthens us and heightens a sense of our purpose: in a way, it makes all of us missionaries. This new missional impetus then naturally results in a desire to interact with the wider public, too, and to creatively break out of moulds that have kept the biblical message in a ghetto-like containment.

This, in brief, is why I think we should not – and really cannot – bypass the Church in doing Bible advocacy. And our experience in the West Balkans is confirming that this is not only possible, but actually the most effective.