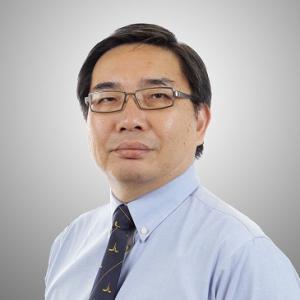 Dr Roland Chia is Chew Hock Hin Professor of Christian Doctrine at Trinity Theological College and Theological and Research Advisor of the Ethos Institute for Public Christianity. This article was first published in the Methodist Message.

What is the proper relationship between the Church and the State?

IN ORDER TO ANSWER THIS QUESTION we have to inquire what the Bible and the teaching of the Church have to say about the role and purpose of both these institutions.

Let us begin with the State. In my article for Methodist Message on the Christian understanding of the secular State, I argued from Romans 13 that God instituted the State for the purpose of maintaining the civil order and peace necessary for human flourishing. According to the Reformers, the presence of the secular State points to the reality of original sin: it is because of sin and depravity that human society requires the State in this form to prevent it from descending into total anarchy. Because the State has been tasked with enforcing law and order in human society, it has the power to wield the sword. The State is God’s servant so long as it fulfils its God-given mission to ensure that justice and peace prevail for the common good of human society.

The State is God’s servant so long as it fulfils its God-given mission to ensure that justice and peace prevail for the common good of human society.

As the German theologian Dietrich Bonhoeffer puts it, “The mission of government consists in serving the dominion of Christ on earth by the exercise of the worldly power of the sword which is given to it, and to it alone, in deputyship for God.”

The mission of the Church is profoundly different from that of the State. As a community of sinners redeemed by the grace of God in Jesus Christ, the Church is called to proclaim the Gospel of God’s salvation throughout the world. In fulfilling its mission, the Church not only embodies the Gospel it proclaims, but also stands in solidarity with the world it has been sent to minister. Thus, in bearing witness to the God of grace and mercy, the Church is called to share in the joys and hopes, the anxieties and sadness of humankind.

It is in its profound solidarity with men and women in every station and of every circumstance that the Church becomes the sacrament of God’s love in the world. And because the Church is the means by which divine grace reaches and touches the world, it is present as God’s tabernacle, God’s tent of meeting. Because the Church is a concrete, public and visible community, it is in a very real sense a political reality. But it is a different kind of political reality from the State.

The Church and the State therefore must remain distinct from each other and yet also be related to one another, as we shall see. The Church does not have the authority to write laws that govern the secular lives of citizens of a nation. The State does not have the authority to adjudicate proper forms of worship and religious practices. A failure to acknowledge and respect the differences between the two institutions may result in an unwarranted and illegitimate alliance between them that would be both harmful and dangerous, as Dostoevsky was at pains to show in the ‘Legend of the Grand Inquisitor’ in The Brothers Karamazov.

‘A Church dependant on the authority of the State’, writes the lay Catholic theologian George Wiegel, ‘is open to forms of manipulation that are incongruent with the Gospel and that dangerously narrow the Church’s necessary critical distance from all worldly sovereignties.’ The distinction between – and therefore separation of – Church and State would enable both to fulfil their unique missions in the world.

It is by performing their distinctive roles and by fulfilling their special missions that these two institutions support one another. The State indirectly serves the Church by ensuring order and peace in society, that is, by creating and preserving the conditions that make the ’quiet and peaceable life’ possible (1 Tim 2.2).

By maintaining law, order and peace the State protects the people from the invasion of chaos, and ensures the stability that is so important for human communities and individuals to flourish. From the standpoint of the Church, this stability and absence of strife enables it to worship God, preach the Gospel and minister to its fellow men.

IN FULFILLING ITS ROLE as the guardian of public peace, the State has the right to ensure that the Church conducts itself in accordance with outward justice. But the State should not claim or seek to be the final authority over the Church’s ministry of word and sacrament. Put succinctly, the State truly serves the Church by letting the Church be the Church!

The Church, on its part, serves the State by recognising that the State is instituted by God for a particular purpose and by subordinating itself to it in obedience to God (Romans 13). What does it mean for the Church to be subordinated to the State? The Swiss German theologian, Karl Barth clarifies: ‘What is meant is that Christians should carry out what is required of them for the establishment, preservation and maintenance of civil community and for the execution of the task [of serving the community].’

Christians should carry out what is required of them for the establishment, preservation and maintenance of civil community and for the execution of the task [of serving the community].