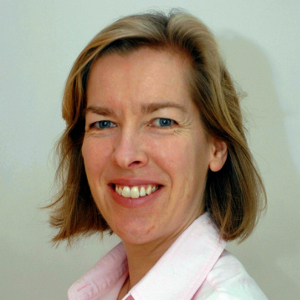 The Bible can play a role in shaping modern China. That was the message at the opening ceremony of an international forum on the Bible in Shanghai, China, today.

Speaking for the religious affairs department for the Shanghai government, Xiu Yanbin said, ‘Christianity today is in line with economic development, and the moral reconstruction of the Chinese people.

‘It is in line with what we call the Chinese Dream,’ she said.

She said that the Bible now ‘could become part of the Chinese way of life, culture and value systems’.

Xiu Yanbin was addressing the opening ceremony of a Bible Society-backed International Conference on the Role of Christianity in Modern Society, Bible and Values.

It (Christianity) is in line with what we call the Chinese Dream.

Some 40 million people in China are Protestant Christians. This represents some 4-5 per cent of the population.

Churches in the country’s cities are growing particularly fast. Now there are an estimated 8,900 Christians for every one trained pastor.

Where the Bible was once a banned book, today China has printed more than 150 million copies of the Bible, distributing them across the country and exporting abroad.

Revd Shen Xuebin, the chairman of the Shanghai Christian Committee of the Protestant Church told the conference that initially the Bible had been used as ‘a tool of colonialists’ in China.

However, today, he said, ‘The Bible contains a lot of cultural and ethical values that could be important in the construction of our social order and value system’.

‘Although it makes universal claims, the Bible expects them to be expressed in the diversity of local cultures,’ he added.

The event also received backing from unexpected sources. Fang Songhua, Director of the Institute of Chinese Marxism Studies at the Shanghai Academy of Social Sciences, said that the country had ‘paid a price’ for its economic growth.

Although it makes universal claims, the Bible expects them to be expressed in the diversity of local cultures.

This had taken its toll in ‘ecological, spiritual and human terms’ he said. He continued that it was ‘highly imperative’ that China ‘engaged in spiritual reconstruction’.

‘This is very important if the nation is to progress further,’ he said.

The three-day conference runs until the end of the week.