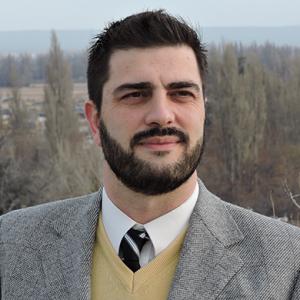 In 2009 the CONICET (National Council for Technical and Scientific Research) launched a nationwide research project to clarify the religious scene in Argentina. One of the striking outcomes was that, even in a country where 81% of the population claims to be Christian (72% Catholics, 9% Protestants/evangelicals), over 80% of the age group 18–35 stopped attending church. I asked Dr. Fortunato Mallimachi (Scholar of Religious Studies [assuming this is a title] and responsible for this research) about this particular issue. He mentioned that the primary reason was that young adults were not able to articulate a biblical worldview that can sustain them in the face of moral, intellectual and professional challenges in their lives. The Bible they were taught about was “functionally” irrelevant for them; therefore, it was “practically” not credible. The situation nowadays does not differ from that of 2009.

Young adults were not able to articulate a biblical worldview that can sustain them in the face of moral, intellectual and professional challenges in their lives.

In our country we have about 1.8 million evangelical, Christian, college students; not including Catholic Christians. Most of them emerge from their college experience ready to engage with the public square, but certainly not from a biblical mindset that affirms that the Bible has much to say about the theory and practice of their fields of study or  professions, whatever these may be. So, instead of becoming Bible Advocates, they are simply co-opted by  the vast majority of cultural and social actors who think the Bible is only pertinent to closed religious groups  for which the biblical worldview ‘make sense’  only by its internal logic. This has become a major challenge as we strive to understand what advocacy is all about on Argentine soil and carry forward the goal of making the Bible credible.

For that reason we have undertaken a threefold approach. Firstly, we are supporting churches to provide them with resources that will help them mitigate against this massive dropout of their youth. Secondly, we are partnering with ministries that work with college students and young professionals to provide them with resources that will help their young people to articulate a biblical worldview foundational to their professional development. Thirdly, we are creating a movement of biblical and interdisciplinary study that will offer opportunities for those who already live and work in the public square to become Bible Advocates. Let us now consider each of these individually.

Supporting churches -  One would not have to convince an average church in Latin America in general, or in Argentina in particular, that the Bible is the word of God and therefore worth promoting or advocating. And that at the same time, Christians here believe there is need for Bible based redemption of individuals and social structures, as well as Bible based cultural creativity.  The difficulty lies when it comes to putting those two things together. There’s a lack of knowledge of the need and the skills to build a “public square” hermeneutic of the Bible. It is our conviction, therefore, that coming alongside churches in order to help people who already believe in the relevancy of the Bible for the individual, to understand its relevancy for society and culture as well, is an imperative.

We cannot  imagine the Bible Society making a case publically for the value of the Scriptures, when we see how everyday more and more young people uncritically accept the dichotomy of a divided faith, between the private and the public, sacred and secular. We are very concerned, when we see that they are not able to speak on behalf of the Bible within their professions and social life. As a result they are able to model for society the transforming power of the word of God and its potential for the common good in culture.

Working together in the university arena - A challenge we face as the Bible Society is the limitations of personnel, a reason why we are big believers of partnering with those who are already in the field and who share a common vision. In many of our countries there are a number of college ministries already working both with existing believers and reaching out to those who are not. In our dialogues with these ministries we have noticed that in general terms all emphasize the need for evangelism and discipleship. By that they mean leading younger people to a personal relationship with Jesus and teaching them to live moral and pious lives. But, students are not provided with a deep understanding of God’s redemptive and all restoring plan in history as portrayed in the Scriptures. They are not taught to develop a biblical worldview that will allow them to interact with other worldviews and ultimately engage in the ‘world of ideas.’ This is the case not only with Christian college students; it is also the case of most Christian professors who have privileged access to hearts and minds of the students for a number of years. How can we expect, then, that they will eventually become advocates for the value and relevancy of Bible as they enter into the world of cultural cultivation? This is where we think our contribution is key by delivering, stimulating and coordinating the production of a Bible saturated intellectual curriculum that could be used by college ministries, professors, and students.

This is the case not only with Christian college students; it is also the case of most Christian professors who have privileged access to hearts and minds of the students for a number of years.

Strengthening Bible advocates in the field -  There is a third group of potential advocates for the Bible. We are talking about a ‘host of witnesses’ that on a daily basis carry on their professions as artists, writers, teachers, security forces, engineers, business men/women, lawyers, judges, singers, public officers, and so forth. Beyond the personal benefit of interacting with the Bible for devotional purposes and applying it in their faith communities in ministry, they need to be challenged to do more than simply ‘evangelize’ people surrounding them. They need to be exposed to a Bible-centered interdisciplinary learning environment where they can approach together the Scriptures looking to reframe the why, how, and what for their professions. This is such an urgent and so frequently manifested need. Again, we face this tremendous opportunity of fostering such environments.

Conclusion - I encourage us all to think about the potential for change and long term influence we have at hand by looking at those who we do not need to convince of the nature, value, and relevancy of the Bible. In contexts where the human resources of our Bible Societies are limited, we must invest committedly and intentionally in the lives of those who can become strategic partners and who are in many cases already positioned at inaccessible spheres of society for us.

They need to be exposed to a Bible-centered interdisciplinary learning environment where they can approach together the Scriptures looking to reframe the why, how, and what for their professions.

But, what are we doing for those younger generations that are unequipped to face the world and base their lives on a biblical worldview? What can we do for these avid minds looking for meaning and coherence as they go through the college experience so that they will emerge ready to tell the world ‘how good is thy law?’ How can we be the means of a growing movement that will come alongside those who are in the public square, who often do not possess profound biblical knowledge? I believe that God has given us this unique opportunity and calling. After all, it is the church that has been called to advocate for the Bible.