Our website uses cookies to improve your online experience. Accept | Find out more
Bible advocacy and secularism today: the role of IBAC
< Back 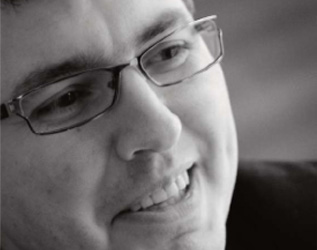 Cristian Romocea is a Senior Bible Advocate and Co-ordinator  of IBAC at British and Foreign Bible Society. Cristian has a background in public theology and international relations.

We often hear the term secularism. Increasingly today, people envisage their life with no reference to a philosophical, ethical or moral code based on belief in God or other higher spiritual power. Brian Walsh observed this phenomenon decades ago: “Our consciousness, our imagination, our vision has been captured by idolatrous perceptions and ways of life. The dominant worldview, the all-pervasive secular consciousness, has captured our lives. …We were asleep to the secularisation of our lives and of our most fundamental values. We simply bought into the materialistic, prestige oriented, secular values of our age without ever noticing what was going on.”[1]

In rapidly changing societies, where technologies and economic development are impacting daily life irreversibly, faith is no longer assumed by people. In the UK, a country where secularism has accelerated in the past decades, surveys suggest that only 28% of the population still believe in God, with another 20% who believe in some kind of spiritual power, and 14% who are unsure if they believe or not. The remainder 38% represent people who are either agnostic or atheists, and their number is on the increase.

In the UK, a country where secularism has accelerated in the past decades, surveys suggest that only 28% of the population still believe in God, with another 20% who believe in some kind of spiritual power, and 14% who are unsure if they believe or not. The remainder 38% represent people who are either agnostic or atheists, and their number is on the increase.

In addition to belief in God and religiosity, the Bible itself has come under pressure in the past decades. Not only is Dawkins misrepresenting the Bible with his mocking assertions, but many areas of society increasingly consider the Bible to be anti-science, and to reject the claim that the Bible is the Word of God. The interpretation of the Bible is also hotly debated on key issues involving nuclear war, overpopulation, conservation, women rights, gay rights, racial equality, church-state separation, abortion, contraception, capital punishment, and others.

What shall we do in response? Shall we close shop and move to those parts of the world where the church is still growing and secularism has yet to arrive? Do we retreat and huddle together in cultural ghettos, grateful for still being allowed to worship freely on Sundays?

Bible advocacy is the response of the Bible Societies to the pressure of secularism, or even to the pressure of radicalism. We develop projects and initiatives advocating for the relevance, influence and credibility of the Bible in our culture. To qualify as one, a Bible advocacy project should be public, be about the Bible, and remove barriers (e.g. ignorance, misconceptions), in order to shift public perceptions and behaviours (hopefully in a positive direction). You can compare this to a work of detoxification, where surplus baggage is removed through diet for healthy living. This cultural detox requires us to engage the cultural drivers that shape and influence culture e.g. education, government, the arts and the media, and shift their perception towards the Bible. It’s a renewal of the collective mind when it comes to the Bible, a cultural metanoia, a Romans 12:2 applied to our entire society. And for that it takes time.

This work is not a departure from the original mission of the Bible Societies, but forms an integral part of the lifecycle of the Bible. As the coordinator of the International Bible Advocacy Centre (IBAC) I am privileged to work with Bible Societies around the UBS Fellowship to assist, as a Mission Resource Centre, to the global task of advocating for the relevance of the Bible in the public square. It’s wonderful to know that the Philadelphia Promise captured this important element of our vision for collective ministry.

Our work at IBAC consists of either taking a lead on, consulting, resourcing or simply informing about several projects in these areas of culture. In government or politics, it means informing us about campaigns, like those of the Bible Society of Guatemala, that share the biblical teaching on godly leadership and encourages those seeking office to act with integrity and according to the law, thus showing the relevance of the Bible for governance today.

Secularism often indicts faith as the root for conflicts in the world. Bible advocacy in the arts means working together on an arts project in a public demonstration of the unity and reconciliation found in the Bible, despite the political tension in the Bible Lands. The project Art and Hearts sought to create such an alternative public dialogue using the language of art, which focuses on oneness rather than division, and creatively engages with the Bible’s message of peace.

Our work at IBAC consists of either taking a lead on, consulting, resourcing or simply informing about several projects in these areas of culture.

A survey conducted in 2014 among British parents of children aged 8 to 15 found that knowledge of the Bible, its characters and stories, was in steep decline  Advocating for the relevance of the Bible in education means developing a campaign to counter this trend. This took the form of a three-year rolling programme of themed and dramatized storytelling at no charge to UK primary schools. Teams of volunteers throughout the country use drama, mime, props, costume – and even the children and staff themselves – to present the Bible stories in lively and informative ways.

The media has often misrepresented and perpetuated negative messages about the Scriptures. Advocacy in the media is crucial in portraying the Bible in a positive way, showing its relevance to contemporary issues. It’s important to engage, where possible, with the media to inform and correct its discourse. Think tanks such as Theos in London, or centres like CPX here in Sydney, are crucial in informing the debate about the place of the Christian faith and of the Bible in the increasingly secular culture.

IBAC is committed to reflect and conduct research that is relevant internationally. In 2015 we commissioned and published a book on ‘Democracy, Conflict and the Bible’ arguing that the Bible does offer qualified support to democracy through its commitment to the rule of law, the demands of the good, and the limits to power. Each chapter explored how the Scriptures have influenced international order, governance, democratisation and peacebuilding, thus demonstrating the falseness of the secularist claim that the Bible is a source of conflict in the world.

As I conclude, I’d like to draw your attention to our latest IBAC research “Christian Citizenship in the Middle East”. For Christians living as a persecuted minority in the Middle East, the difficult question is not so much about secularism but whether their allegiance should lie with their faith or with the national communities. This collection of essays aims to reconcile this conflict of allegiance by exploring the biblical vision of citizenship and showing that Christians can live and work as citizens of the state without compromising their beliefs and can make a constructive contribution to the life of the countries they live in.