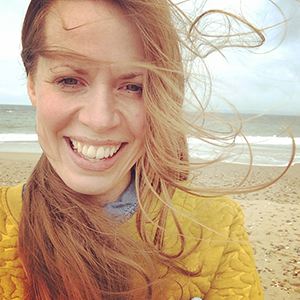 Leaders from across Africa gather every year to see what the Bible has to say about their decisions. They’ve been meeting like this at the African Biblical Leadership Initiative (ABLI) since 2010. Six years on, here are six remarkable ways the Bible is shaping their thinking...

In Africa, ethnic loyalty means that many people will not hold their leaders to account, even in cases of corruption. But a biblical perspective on accountability challenges the clan mentality and calls on people to take personal responsibility for their integrity. At the 2015 ABLI gathering in Malawi, members made a declaration to commit to the highest standards of biblical integrity and ‘refuse to be complicit in corruption in either personal or professional lives.’

A biblical perspective on accountability challenges the clan mentality and calls on people to take personal responsibility for their integrity.

Brought together by their shared love for the Bible, politicians from opposite sides of the fractious South Sudanese war first met at ABLI in 2015. Paul Bonju and Aggry Idri hugged, ate and prayed together and called for a Truth and Reconciliation  Commission to help bring healing to their land. They continue to meet regularly to pray.

3. Tackling the social and economic injustice at the heart of poverty

Ethnic loyalty in African culture means that many minority groups are overlooked and stigmatised. But as leaders gather to look at the Bible this social injustice is challenged. Leaders are envisioned to highlight the equal status of these groups and call upon leaders to ensure they stand up for the rights of the marginalised. This is key in tackling the endemic poverty in Africa.

Leaders are envisioned to highlight the equal status of these groups and call upon leaders to ensure they stand up for the rights of the marginalised.

Areas of Africa are flashpoints for interreligious violence at the hands of Islamist extremists. ‘If we do not work together for peace, we will not get very far,’ said Ali Mustafa, Secretary General of the Global Network of Religions for Children during his keynote address. Progressive Muslim scholars were invited to speak about social harmony and how Christian leaders can cooperate to be peacemakers in society. As a result, leaders have been envisioned to work with those around them to tackle extremism.

5. Preparing and releasing a new generation of leaders

In places where elders are honoured and the younger generation can sometimes be overlooked, ABLI has given voice to Africa’s young leaders. A remarkable moment occurred in the Malawi ABLI gathering, after a young woman recited the book of Philemon. Head of Bible Society of Malawi, Clapperton, was so moved by her performance he ran up to her on stage and saluted her – in the presence of the Malawian President. This was an unprecedented act in Africa, where age and hierarchy are generally revered.

We appeal to all African societies to welcome the strangers in their midst, particularly migrants and refugees fleeing persecution.

Millions of Africans flee their homes due to conflict and terrorism every year. South Africa is the end destination for many refugees, but they are often met with xenophobic attacks. Alluding to the parable of the sheep and the goats, event moderator Lord Boateng said, ‘We appeal to all African societies to welcome the strangers in their midst, particularly migrants and refugees fleeing persecution.’

Find out more about the African Biblical Leadership Initiative.