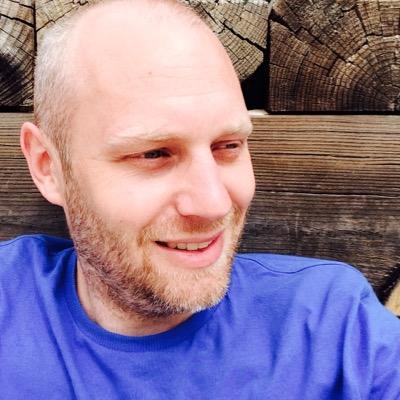 Andy Frost is the Head of Share Jesus International

I write this article as an evangelist. In my role for Share Jesus International, I long to see people commit to become disciples of Jesus. But I also care passionately about Bible advocacy.

For me, Bible advocacy is about revealing the authenticity, the relevance and the power of Scripture beyond the four walls of the Church. In a culture where the Bible is appreciated and respected, my job as an evangelist becomes much easier. If people take the Bible seriously then they may well take the author seriously too.

Bible advocacy is about revealing the authenticity, the relevance and the power of Scripture beyond the four walls of the Church.

Living in the UK, many people are ignorant and at times antagonistic about the Bible and so here are my top five suggestions for taking Bible advocacy to the next level:

When Paul gets to Athens in Acts 17, he becomes distressed at the number of idols all around him. In the UK today, we may not have lots of bronze statues but we are surrounded by the idols of money, sex and power. Paul’s distress causes him to seriously engage with the culture, to read their poetry, to discuss their philosophies and understand their religion. He listens to the culture looking for what God is already doing within their culture.

I think one of the most important questions we can ask is ‘What is God already doing?’ Christians are too often known for coming to a culture to condemn what is wrong but Paul begins his speech at the Areopagus by stating ‘People of Athens! I see that in every way you are very religious.’ (Acts 17.22) He starts with words of affirmation rather than words of condemnation.

Whether it begins with formal or informal research, Bible advocacy starts best when we listen to what culture is saying with eyes to see what God is already up to.

In the UK today, we may not have lots of bronze statues but we are surrounded by the idols of money, sex and power.

In our different countries today, we are rarely talking to one culture but a multitude of different cultures. In Acts 2, on the day of Pentecost, the early disciples speak in different languages to the different people groups gathered in Jerusalem.

I think there remains a challenge for us in how we speak to the different cultures in our society. Sometimes a Bible advocacy project can be about trying to reach everyone and actually end up missing everyone.

We ran ‘Pentecost Festival’ in London for five years, with the tagline ‘The Church has left the building’. The festival which gathered up to 25,000 people had more than 100 events. Each event was created to share something of the biblical message with a specific audience. For example, a fashion show spoke about the biblical themes of justice and fair trade to the fashion community and a conversation with eminent scientists explored the case for a creator with academics.

When designing an advocacy project it is vital we recognise who the audience is and the more specific we can be the better. Too many Christian projects focus on Christians rather than meaningfully engaging with those in society at large.

Sometimes a Bible advocacy project can be about trying to reach everyone and actually end up missing everyone.

The Pitch project led by the British & Foreign Bible Society is a great example of doing something with people. The project involves filmmakers creating pitches to develop a short film based on a biblical passage, theme or character. Rather than just making a short film themselves, Bible Society gets hundreds of people to explore Scripture in the process of creating a short film. It then helps develop a film that has potential to reach a far greater audience as people have been part of the process.

Before you go too far down the planning route, think through who you might want to involve in your next advocacy project. A clear vision is important as – with a larger collective – management can become harder but the potential rewards can also be far greater.

We often think money is king: the more money we have, the more we can do. There are some amazing Bible advocacy projects that have enormous investment and do significant things, but there are also some projects that have very little finance that achieve lots.

A team of young people working with me wanted to create a project called ‘Natwivity’. The concept was very simple – they wanted to use Twitter to tell the Nativity story. The project cost about $100 in total and went viral. It was covered in the national press and spawned a whole range of other ideas which told biblical narratives using social media.

Finding space to dream is important. Finding the right people to dream with is equally important. Some projects may not work but others might yield amazing results. Make space for innovation and give yourself permission to fail.

Finding space to dream is important. Finding the right people to dream with is equally important.

The Bible contains some of the most compelling stories ever written and the overarching narrative gives us a story in which we can all find ourselves.

Stories have the power to cross all kinds of divides. As Jesus told stories, we need to think through the best way of telling these stories today. Bible advocacy has to be about helping people to feel, touch and experience the stories we find in Scripture.

Bible advocacy has the power to take people on a journey, as they engage with the story of Scripture that leaves them with a fresh insight about what it really means to be human. Whether we are doing a social media campaign, a sports festival or hosting a debate, we need to remember that we are always telling a story. My final challenge is this: know the story we are telling, so that in your preparation, your execution and your follow-up, your advocacy work leaves people with something unforgettable.